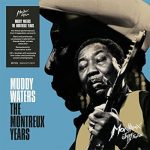 Claude Nobs was a towering figure in popular music. Founder of the Montreux Jazz Festival, he was responsible for bringing a stunning array of performers together, year after year on the stages in Switzerland. The second largest annual jazz festival on the planet, since its launch in 1967 Montreux has long taken a big-tent approach,
Read More
I’m on record stating my belief that the majority of tribute albums are generally a waste of nearly everyone’s time. Often, the tribute version of the tributee’s songs are too reverent by half, adding nothing to the original. Or, in other cases, the artists go too far, applying their own trademark “sound” for better or
Read More