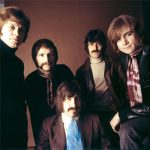 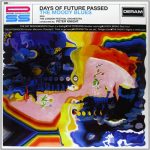 This feature appeared originally on BestClassicBands. When most people think of the Moody Blues, the group’s classic 1967 album Days of Future Passed immediately comes to mind. But the Birmingham, […]
Read More
Continued from Part One... The early Moody Blues certainly deserved better success than they found. Their lack of chart action was certainly a factor in Denny Laine‘s departure. But during […]
Read More
Not long ago I interviewed Moody Blues founding member/flautist/vocalist Ray Thomas; much of our conversation centered around a new box set documenting the group’s pre-Days of Future Passed material. That […]
Read More
Continued from Part One… BK: Eighteen years passed between release of The Promise and Among the Stars. Certainly you were busy with other things in the intervening years, but why […]
Read More
Keyboardist Mike Pinder was a founding member of the Moody Blues. He was with them back in the really early days, when their lead singer was Denny Laine (later of […]
Read More