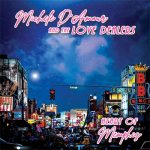 For musicians, one upside of the internet and its associated technological innovations is that the old barriers to entry are largely gone; anyone can make an release an album. Unfortunately, that reality is also a downside for the listening public: anyone can make an album. As such, self-released albums are greeted with a certain skepticism.
Read More