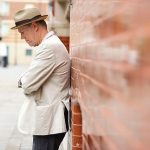 With more than two dozen studio albums to his credit, Loudon Wainwright III is carrying on a proud (and sometimes revered) tradition as a folk troubadour. “They used to call them ‘protest songs,’” he quips. “When I was a teenager, I used to go to the Newport Folk Festival; folk was a big deal. Phil
Read More