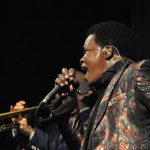 Sometimes it takes decades to become an overnight sensation. Such is the case of soul stirrer Lee Fields; though he released his first single, “Bewildered” b/w “Tell Her I Love Her” on a tiny label in 1969, he didn’t truly score big until 30-plus yeas later. And then his career truly took off some 20
Read More
Continued from Part One… I’ve long been a fan of what is sometimes labeled “kiwi pop,” the jangly guitar-based music – mostly made by a very interconnected community of musicians – that began in 1980s New Zealand. The Chills, Toy Love and Tall Dwarfs are a few of the better-known (a relative term!) exponents of
Read More