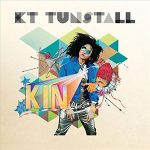 File next to: Regina Spektor, Fiona Apple Scottish-born Tunstall is that rarest of artists: she enjoys critical praise while scoring on the commercial side of the equation. Her songs are licensed for use in TV ads, but her cred remains unvarnished. Even a hiatus form the pop music scene – taking time to study film
Read More 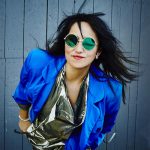 Scottish singer-songwriter KT Tunstall burst onto the international scene in 2004 when she scored a last-minute performance slot on the influential UK television program Later … with Jools Holland. Her solo turn – voice, guitar and looping pedal – earned her recognition and spurred sales of her debut album, Eye to the Telescope. Four more
Read More