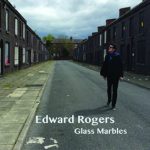 Still more of these quickie reviews. Today’s theme is melodic rock (some call it powerpop; you decide). Michael Carpenter – The Big Radio The liner notes for this set will disappoint: it may well be Carpenter’s last album; to paraphrase, he seems to feel that his head will feel better when he stops banging it
Read More
If you lived through the early 1980s in the United States – and were old enough to be at least somewhat plugged in to popular culture – you were aware of the proliferation of “new wave” groups. Many of these acts traded in a style of music that drew inspiration from the pre-“rock star” era,
Read More
Powerpop and jazz rarely go together. But in this edition of hundred-word reviews, they do. $15.00 Available only from Kool Kat Musik The Jeanies – The Jeanies I look back fondly upon the early-to-mid 1980s, an era in which the cost of studio time began to fall within the range of local, unsigned acts. And
Read More
It’s that time of year again. In the USA, at least, the days after Thanksgiving is the unofficial kickoff of the Christmas season. And every year about this time, I find at least one Holiday-themed CD in my inbox. This year the disc of note is A Kool Kat Kristmas, a thirteen-track compilation of Christmas-themed
Read More
Once again, it’s time for a run of hundred-word reviews. My inbox has been overflowing of late, and even after removing the material that I deem not worth my time (nor yours), I’m left with far too many discs to cover in my customary manner (500-800 word reviews). So herewith are twenty-five – count ’em,
Read More
Looking backward for one’s musical inspiration (and/or sound) is not a new approach. Countless bands and solo artists have built careers out of recreating a style that has come and gone, and quite a few of them have won critical and even commercial success for their efforts. But more often than not, when this approach
Read More
In addition to their esteemed role as one of the go-to labels for new powerpop (and, I understand, alt.country), Kool Kat Musik has taken on an additional role: powerpop archivist. With their latest unearthing of the 1980 self-titled release from True Hearts, the label continues its fine work. The songs on True Hearts absolutely scream
Read More
On The Late District, Cleaners From Venus (the nom de pop of Martin Newell) depart ever-so-subtly from their winsome brand of pastoral, homespun pop. Newell dials back (but certainly doesn’t wholly eliminate) his powerpop tendencies, instead focusing more on his ability to craft slice-of-life vignettes that evoke his native Anglia. As he describes it, The
Read More