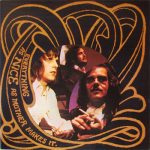 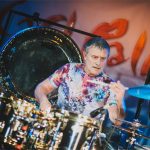 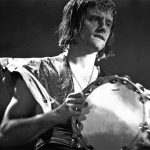 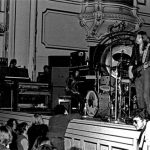 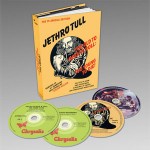 Once again, it’s time for some hundred-word reviews. This first set spotlights five archival releases loosely falling into the prog subgenre. Greg Lake & Geoff Downes – Ride the Tiger We head pretty far into the prog-rock weeds for this one. Greg Lake (guitar, bass) of ELP got together with Geoff Downes (Buggles, Yes, Asia)
Read More
There’s a never-ending stream of new music, so it’s time once again for some hundred-worders to work off some of my backlog. As always, these all deserve full reviews, but with limited time and resources, 100 words will have to do. I’ll cut to the chase. Today it’s a wide assortment of music, from rock
Read More
At age 69, keyboard legend and virtuoso Keith Emerson has slowed down his pace, but ever so slightly. He no longer tours on a level commensurate with his 70s work in Emerson, Lake and Palmer. In fact, his recent performance at Moogfest 2014 here in Asheville was a one-off show, not part of any tour.
Read More
Continued from Part One… Keith Emerson was mainly in town, though, for a press conference at which the engineers at Moog Music unveiled what Emerson dubbed “the clone,” a from-the-ground-up duplicate of the massive modular unit Emerson carries around with him to gigs. Partly a can-we-even-do-it exercise, the development of the Emerson Modular is a
Read More
Moogfest 2014 was indeed quite a different creature than its immediate predecessors. In both its focus and attitude, the five-day music/arts/technology event in Asheville NC was closer to the spirit of the original Moogfest, a smallish event held in New York City. Of course the festival’s namesake, pioneering innovator Dr. Robert A. Moog – the
Read More