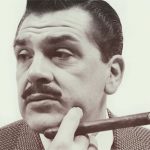 Continued from Part One … My first exposure to Kovacs was the PBS retrospective series, which I guess was in the late ’70s. Yeah. This record came out in ’76. It was nominated for a Grammy in ‘77 for Comedy Album of the Year. And then, the same year, ‘77, PBS showed The Best of
Read More 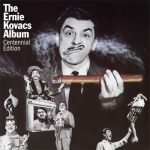 There was no precedent for the comedy of Ernie Kovacs. A pioneering figure in the early days of television, Kovacs brought a bizarre kind of comedy – mostly verbal, but with a visual component as well – to the black-and-white screens of the 1950s. A half century-plus later, his material is still bizarre. Recently, Omnivore
Read More