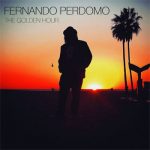 So much great music and so little time. Here’s ten reviews: all new music, each summed up in 100 words. All are worth your time. Bryant Fabian Marsalis – Do […]
Read More
>>> Hey kids! Don’t forget to read Parts One and Two! <<< Continued from Part Two… Bill Kopp: As we discussed earlier, you’re credited as co-producer on the new Trip […]
Read More
Continued from Part One… Bill Kopp: When Trip Shakespeare cut Applehead Man, you were originally a trio. By the time of the second album, Matt Wilson‘s brother Dan had joined. […]
Read More
My interview with John Munson, bassist with late 1980s critical darlings Trip Shakespeare, began with him noting that my name sounded familiar to him: “How might I have heard your […]
Read More