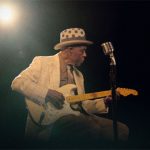 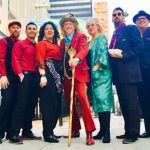 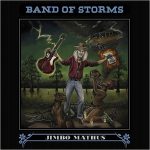 File next to: JD McPherson, Dr. John the Night Tripper, The Replacements Every so often, an artist comes along who displays a true understanding of what rock ‘n’ roll is really about. It’s a mongrel with clear ancestry in blues, country, gospel, and even hokum of the 19th century. Only the rarest of artists can
Read More 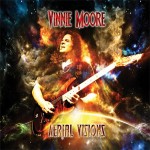 Today’s hundred-word reviews focus on a variety of rock-oriented releases; all are (more or less) current. The Sideshow Tragedy – Capital As a rule – at least to my mind – the guitar-and-drums-duo gambit is completely played out. It’s been done and dusted; when I hear most any of the seeming countless purveyors of the
Read More
When I first heard the debut album by then-81 year old Leo “Bud Welch (2014’s Sabougla Voices), one of my initial thoughts was that the fine record would have even wider appeal if it wasn’t so lyrically gospel-centered. Of course that’s the man’s right to make the kind of music he wants to, I told
Read More
In my blog posts of last week, I surveyed some of my 2014 favorites: music-related books; DVDs; concerts; and interviews. For these last few days of the year, I’ll wrap up with a look at my favorite music of 2014, specifically new and reissued titles. Today, it’s four of my eight favorite albums of new
Read More
I can make no legitimate claim to an ability to define Americana. Like the former chief justice said about another art form, I know it when I, um, hear it. And for my money, Jimbo Mathus‘ Dark Night of the Soul fits that description in the best way. For those who haven’t been paying close
Read More
Continued from Part One… And it is about that good music that I speak – briefly – with Mr. Leo “Bud” Welch. He has made the two-plus hour trip north to his manager’s office on Memphis’ north side specifically so that he can take my call. “I’m not Mr. Welch; I’m about thirty-one years his
Read More
Every so often I’ll stumble across a story that is so note-perfect, so finely wrought, that my cynical side, the suspicious dimension of my nature is engaged. And since the arts are often home to some serious myth-making, when such stores concern musicians, I am doubly skeptical. But on the rarest of occasions, stories such
Read More