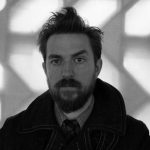 When JD McPherson released his debut album, 2010’s Signs & Signifiers, he created a slow-burning sensation. The disc first gained notice thanks to a Youtube video of one of its standout songs, “North Side Gal.” A major-label reissued of the disc was named 2012’s Best Hard Rock Album by the Independent Music Awards. 2015’s follow-up,
Read More 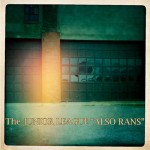 2015 has been another year of wonderful musical discoveries for me. Putting the lie to the tired argument that “there’s no good music any more” (oh, shut up), my Top 5 list of new albums includes music by acts that are either (a) relatively new and/or (b) new to me, at least. There are couple
Read More
For music to retain its vital edge, it must keep pushing forward. Trying new things, seeking out new songs; those are key to music remaining vital. It’s a clumsy metaphor, but music is like a shark: it simply has to keep moving. When things get moribund, eventually something comes along to give music a swift
Read More