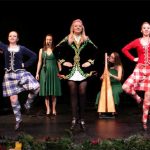 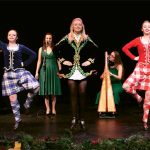 Scottish fiddler Jamie Laval has earned worldwide acclaim for his lyrical and evocative musicianship, as well as his always-compelling annual Christmas-themed live shows. Ever winter since 2011, the award-winning fiddler (winner of the 2002 U.S. National Scottish fiddle Championship) has staged a fascinating and highly entertaining show built around themes of the holidays, solstice and
Read More
A deep love and understanding of Celtic cultural and musical traditions; a foundation of classical training; and a fresh look at celebrating the Holiday season: that was the recipe for “Christmas in Scotland: Seasonal Music and Stories from Celtic Lands,” a holiday show at Asheville’s Isis Theatre on December 27, 2013. Hosted by award-winning fiddler
Read More