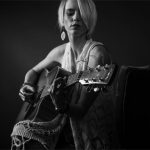 Hope Griffin is a Western North Carolina-based singer-songwriter. She sings and plays acoustic guitar in a soulful, rootsy style. But she arrived at that singular style via a somewhat unconventional route; her background isn’t at all typical of Appalachian songsmiths. Griffin was born in Alaska, and that state’s “nomadic quality of life” influenced her eventual
Read More 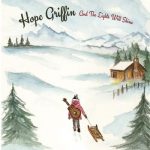