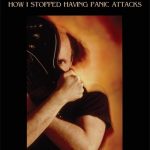 For nearly fifty years, guitarist Glenn Phillips has been making music that defies classification. First with the Hampton Grease Band, and later as a prolific solo artist and active contributor to the works of others, Atlanta-based Phillips has continued to confound those who would apply labels to his music. And now with the release of
Read More