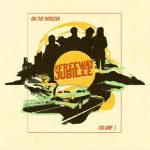 The close vocal harmony that opens “In Motion” sets a mood and establishes a high bar. The first track on The Freeway Jubilee’s On the Horizon Volume 1 is suffused with positivity and enthusiasm. And the band’s appealing mix – augmenting rock’s traditional guitars/bass/drums configuration with baritone and tenor saxophones – highlights the deep connections
Read More 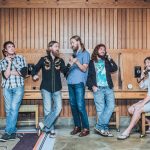 The Freeway Revival starts with a foundation of concise, structured songs; the Asheville group builds upon that with elements of Southern rock, deftly weaving in displays of vocal and instrumental prowess. In celebration of the release of its first full length album, Revolution Road, the Freeway Revival played Asheville, North Carolina’s Isis Music Hall November
Read More 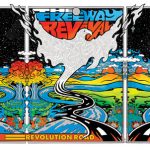 Despite its virtues, the genre of Southern rock is often plagued by a high degree of sameness: most modern-day bands worship slavishly at the altar of Lynyrd Skynyrd; the more musically accomplished among them might aim higher and model themselves after the Allman Brothers Band. But precious few offer much in the way of concise
Read More