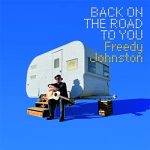 Freedy Johnston is one of those artists whose name has long been familiar to me, but whose music I had somehow never encountered. Odd, that, as he’s somewhat difficult to miss: Johnston released his debut, The Trouble Tree in 1990 and has followed that up with more than a dozen albums since. As a songwriter,
Read More