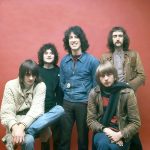 Another in my ongoing “Take Five” series… Drummer Mick Fleetwood turned 75 on June 24. Throughout Fleetwood Mac’s long and varied history, only he and bassist/co-founder bassist John McVie have […]
Read More 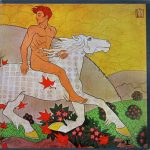 In 1969, eight years before a later lineup of the band began its reign as kings and queens of slick, corporate-approved FM radio soft rock, Fleetwood Mac was still a […]
Read More 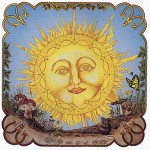 Today’s collection of hundred-word reviews focuses on recent reissues of note. Uriah Heep – Totally Driven I’m not going to try to tell you that the turn of the 21st […]
Read More
I’m a big Fleetwood Mac fan. But I should explain: I don’t care much at all for the AOR/California vibe of the mid 70-and-beyond megastar lineup. No, for me, Fleetwood […]
Read More