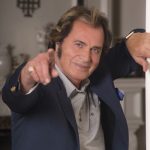 When it comes to what was known in the rock era as “adult” music, there exists a pantheon of vocalists who enjoyed both critical success and staggering commercial achievements. British pop singer Engelbert Humperdinck is among the few to achieve that rarefied degree of notoriety. With a recording career that began with the 1967 hit
Read More