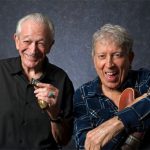 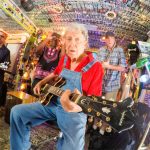 Continued from Part One … Bill Kopp: Had you been playing guitar before you moved to Chicago in 1960? Elvin Bishop: I was fooling around with it in Tulsa. But it was hard to find anybody that really knew how to play the blues. I had learned a few chords, but it was basically like
Read More 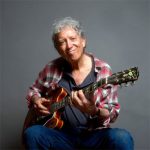 Today, October 21, is the birthday of blues guitarist Elvin Bishop. He came on the scene with Chicago-based Paul Butterfield Blues Band in the ‘60s. The eventual Rock and Roll Hall of Famer (2015) and Blues Hall of Famer (2016) went on to a prolific and creatively fertile solo career, though his fame outside the
Read More