echo in the canyon Archive 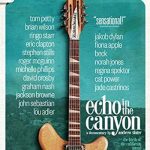