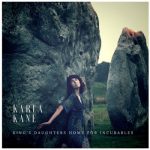 Time for some more hundred-word reviews; new music from many different genres. Linsey Alexander – Two Cats (Delmark) A lot of modern-day blues has a sterility that makes it the sonic equivalent of a museum display: too perfect, too slick, soulless. Linsey Alexander is having none of that on Two Cats. The 75-year old blues
Read More
Continued from Part Two… Bill Kopp: So the actual sessions for Panorama City took place ten years ago? Paul Lacques: Actually thirteen; we did these sessions in 2002. Y’know, we feel kinda bad. We did the sessions, and thought, “That was weird.” And then we went our separate ways. Then Marc went into mad scientist
Read More
Continued from Part One… Bill Kopp: The press release that accompanies my copy of Panorama City also uses the phrase “group ESP” when describing the interaction among you and your fellow musicians. I chuckled when I read that, because while I understand what was meant – an unspoken communication among the musicians – the avant-garde
Read More
The members of Double Naught Spy Car don’t seem put off by the genre labels that (cough, cough) certain rock writers tend to apply to musical artists. In fact they’ve offered up a label of their own to describe their sound: “spaghetti/jazz/prog/surf/twang.” Now, if that doesn’t confuse listeners, their music just might. On their latest
Read More