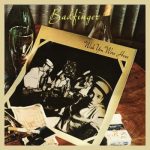 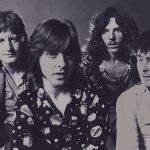 The story of Badfinger is a cautionary tale, one filled with betrayal, despair, missed opportunity, unfulfilled promise, neglect and two suicides. But all of those discomforting elements should not overshadow the music made by the half-British, half-Welsh group. The compilers of a new Badfinger reissue aim to help in that regard. Still known as the
Read More
Much has been written about (Apple band and Beatles protégés) Badfinger. And the most notable, in-depth writing about the star-crossed quartet has come from two sources: Dan Matovina‘s Without You: The Tragic Story of Badfinger, and Michael Cimino‘s Badfinger and Beyond: The Biography of Joey Molland. There’s no research/interview overlap between the two books, and
Read More