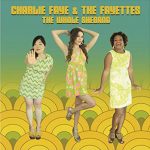 The backlog is threatening to get unmanageable once again. As a kind of editorial pressure release valve, here’s a quick look at ten worthy albums that have recently crossed my […]
Read More
As the sole member of Yes to appear on every single album, Chris Squire has stayed quite busy these last several decades. Though he released but one solo album (1975’s […]
Read More