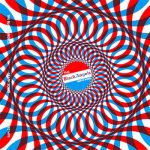 Continued from Part One… The Black Angels have never been what one would call a commercially-minded group. That said, a few years back Alex told me that “Telephone” off Phosphene Dream was a conscious attempt to reach a wider audience. Would you agree, and if so, to what degree was that successful? Yeah, I guess
Read More 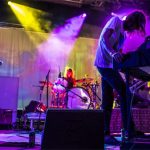 The Black Angels are reliable purveyors of a modern rethink of 60s psychedelia. The Austin group’s updated approach is a kind of tribal psych, heavy on droning, hypnotic and irresistible tunes. The group just released Death Song, its fifth (or sixth) album – we’ll explain that in a moment – and is heading out on
Read More
Tribute albums can go any number of ways: they can showcase new takes on old music, they can provide a way for young or relatively unknown bands to use classic tunes to jump-start their own careers, or they can be pretty much a waste of everyone’s time. Cleopatra Records specializes in tribute albums, and while
Read More
Austin-based band Black Angels have a finely tuned sense of history. While their music – often described by the band members themselves as “tribal psychedelic” – doesn’t aim to slavishly re-create the sounds of some long-lost musical era, the group readily acknowledges a clear debt to their psychedelic forebears. And chief among those influences for
Read More
I started attending arena-scale rock concerts back in the late 1970s. My first show was in October 1978, seeing Electric Light Orchestra with their hamburger bun/spaceship setup at Atlanta’s Omni. (In the words of Rob Reiner‘s Marty DiBergi character in This is Spinal Tap, “Don’t look for it; it’s not there anymore.) One of the
Read More