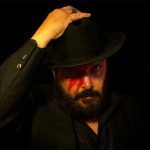 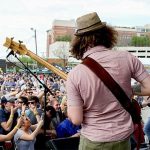 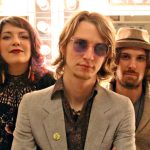 Andrew Scotchie and the River Rats recently debuted their third album, Family Dynamo. The album represents a step forward for Andrew Scotchie & the River Rats. “It definitely has more of a theme” than the band’s previous efforts, says leader, songwriter and guitarist Scotchie. “The production is better, and I feel like it’s going to
Read More 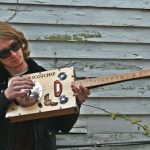 Andrew Scotchie‘s Birthday Bash began three years ago, celebrating the Asheville singer-guitarist’s 21st birthday. The event has additional significance to Scotchie, but he’s kept that part of the story largely to himself, until now. The third annual Birthday Bash was held January 14 at Isis Restaurant & Music Hall, and featured Scotchie’s band, The River
Read More
“I meet some people, and they say, ‘Oh, you’re a musician? You’re never going to eat,’” says the singer-songwriter/guitarist/namesake of Andrew Scotchie & the River Rats. He recently finished a record that responds to the starving artist stereotype: “Like the title of our album says, we all stay hungry. And we’re happy about it.” Initial
Read More