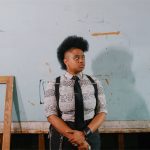 Raised in Bristol, Tennessee, a town sometimes described as the birthplace of country, Amythyst Kiah grew up immersed in music. Kiah released an album, Dig, in 2013, and the EP Amythyst Kiah and Her Chest of Glass last fall. New albums – one from her group, another a solo acoustic set – are in the
Read More