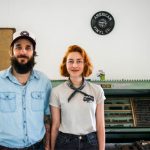 Once Thomas Edison’s wax cylinder was rendered obsolete by the phonographic disc, the era of records began. The prevailing medium for the first half of the 20th century was the 78 r.p.m. record. The fragile shellac discs could only hold about three minutes’ worth of music per side; eventually some recording artists’ releases were put
Read More