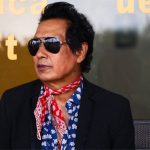 As musician, singer and songwriter Alejandro Escovedo has long been a keen an incisive observer in the American experience. Through his solo work, collaborations and band projects, he has made compelling music in a wide variety of musical styles, with the unifying quality of thoughtful and thought-provoking lyrics. He’s a storyteller in the grand tradition,
Read More 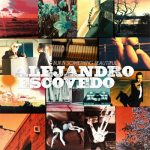 Guitarist, singer and songwriter Alejandro Escovedo released his 14th album, Burn Something Beautful, in late 2016. Reaction to the album—in many ways a return to the rocking end of Escovedo’s musical spectrum—has been so positive that he’s still on the road in support of it. The album distills his interests and influences into a cohesive
Read More 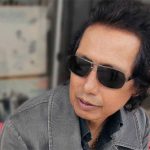 Throughout the course of his long and musically varied career, Alejandro Escovedo has explored many musical forms: punk, country, rock and more. In 1998 influential music magazine No Depression named him its Artist of the Decade. And while his recent string of albums featured him working closely with celebrated producer Tony Visconti, for 2016’s Burn
Read More
I can’t find the specific quote I’m looking for at the moment, but there’s an entry in Lillian Roxon’s Rock Encyclopedia (the original 1969 edition, not the lousy and lifeless early 70s update edited by Ed Naha) in which the author predicts the rise of one-off collaborations between established music. Again, I can only paraphrase,
Read More