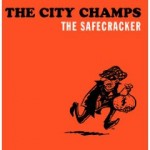 The gospel-flavored organ solo that opens the title cut on the City Champs‘ The Safecracker is something of a red herring. Though the sonorous B3 tones suggest that listeners will be treated to something along the lines of Boz Scaggs‘ 1969 cover of Fenton Robinson‘s classic “Loan Me a Dime,” instead this Memphis trio launches
Read More
As someone who’s been following pop music for four decades, I am a bit surprised to look back at the now-ending decade (the naughties) and conclude that it’s actually been a good one for music. Here’s my list of the best albums of the past decade. No compilations or retrospectives are included (except ones by
Read More