My march through the CD backlog in my office continues today with quick (100-word) looks at five new albums. Though the artists themselves might not always welcome the classification, these are all what I consider powerpop (or guitar pop, if you prefer). Fans of the genre will recognize some of the names as exemplars of
Read More
Not long ago, a Facebook friend of mine initiated what turned into a lively discussion. Paraphrasing, the open question that he posed was this: What is the artistic/aesthetic value – if any – of so-called “tribute albums?” And because his list of Facebook friends includes a wide variety of music-focused people, the answers could be
Read More
There’s a never-ending stream of new music, so it’s time once again for some hundred-worders to work off some of my backlog. As always, these all deserve full reviews, but with limited time and resources, 100 words will have to do. I’ll cut to the chase. Today it’s a wide assortment of music, from rock
Read More
The New Trocaderos – Kick Your Ass EP This EP is three songs, one featuring each member of this trio (joined by a keyboard player and drummer). “Real Gone Kitty” is rootsy rock (a la Jerry Lee Lewis) crossed with the Sex Pistols at their most tuneful (no, really). “Dream Girl” is sixties janglepop, sort
Read More
I’m on my honeymoon this week, so I thought it would be a good time to offer up some backlog-clearing entries in my occasional series of Hundred Word Reviews. And though the musical styles are all over the map, there’s a theme of sorts this time: each of the acts reviewed has been covered previously,
Read More
Continued from Part One… I’ve long been a fan of what is sometimes labeled “kiwi pop,” the jangly guitar-based music – mostly made by a very interconnected community of musicians – that began in 1980s New Zealand. The Chills, Toy Love and Tall Dwarfs are a few of the better-known (a relative term!) exponents of
Read More
This one had me fooled. At least until I put the CD in the player. Skimming the press kit, I came way with the impression that The Last would somehow fit into the L.A. hardcore punk scene, the milieu that gave us The Germs and likeminded acts. But what I found instead was far more
Read More
As the end of 2013 closes in, I look at my inbox and see a massive stack of CDs. Best as I try, I don’t always follow a first-in/first-out policy with regard to covering releases I find worthy. And while my occasional capsule reviews do help reduce the pile of CD on my desk, today
Read More
Okay, not everyone likes Christmas. Some are turned off by the commercial character of a day that is supposedly to commemorate the central figure of Christianity (a child who – most Biblical scholars agree – was born in the spring, by the way). Others dislike it for the music. I don’t subscribe to either of
Read More 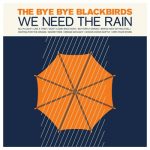