There’s a strong and proud tradition of Midwestern power pop. Cheap Trick, Material Issue, The Shoes; I could go on. The straightforward, hard-yet-melodic approach of these and groups like them has long been a characteristic of music from the region. But of course the Midwest turns out all kinds of music. So when I received
Read More
Now there’s a concept: take classic garage-punk songs from the 1960s (plus a fistful of Fuzztones originals) and put together new arrangements that add…wait for it…a horn section. No kidding. The Fuzztones have been at it for a long time, keeping the flames of 60s punk going. The hallmarks of that genre — snotty vocals,
Read More
This disc gets off to a good start. The instrumentation is varied and intriguing; tempos shift and keep the listener on his or her toes. But the band’s shtick seems to be the whole juxtaposition thing. It’s as if the group was assembled by Central Casting: “Hey: let’s assemble players from various musical disciplines and
Read More
On first listen, my attention was grabbed by a track (or “skit,” as it’s called on the disc) in which a character named DJ Death Murder Homicide rattles off every gangsta cliché while recording his latest joint. The recording ends, and it is quickly (and amusingly) revealed that Mr. Homicide is a total phony; one
Read More
A quick listen — heck, even a careful, critical series of listens — to “Single Fins & Safety Pins,” the latest single from Japanese Motors, would give most people the clear impression that the band owns a well-worn copy of the (apocryphal) Noo Yawk Song and Stylebook authored by members of The Strokes and the
Read More 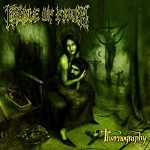 This is some very silly music. The first track “Under Pregnant Skies She Comes Alive Like Miss Leviathan,” comes in with a bombastic movie-soundtrack vibe, all robed-choruses and scratching cellos. Of course that’s all flown in, having little to do with the group. Yet it’s the best thing about the album. Think Metallica meets Dead
Read More
OK, here’s the thing: I like Cracker. And I really like Camper Van Beethoven. Camper’s genre-blending of Eastern ethnic sounds with, well, everything from C&W to punk to bluegrass was way ahead of its time. And while listening to them now, it’s hard to remember just how groundbreaking they were. But their music still holds
Read More
Edie Brickell is back. Actually she never left. While she recorded and played with New Bohemians in the early 90s, she dropped the band for her ’94 and ’03 releases. Her latest release, Stranger Things, finds her reunited with a slightly altered lineup of the group. Brickell’s music still maintains its hallmark navel-gazing, sounds-like-she’s barefoot
Read More
In 2006, intentional mangling of words (anything-izzle) and “creative” spelling are the hiphop equivalent of a rocker bellowing “Hello, Cleveland!” Fans of more-of-the same are in for a treat with the latest release from B.G. aka B. Gizzle aka Christopher Dorsey. On his latest, The Heart of Tha Streetz Vol. 2 – I Am What
Read More
Guest review by Annelise Kopp Pain is a Megaphone? On the album cover, Bertrand sulks introspectively. Maybe he’s regretting having doomed his career with such a terrible album name, or possibly he’s thinking about everything he said in track 2…or was it track 7? Released May of this year, Steve Bertrand’s debut solo album is
Read More