Joel Selvin and ‘Sly & the Family Stone: An Oral History’ 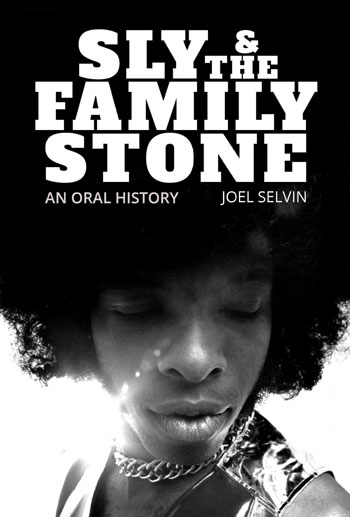 In 1998, Joel Selvin was well into his third decade as pop music critic/journalist for the San Francisco Chronicle; he had also authored several books. But his 1998 book, Sly & the Family Stone: An Oral History would make an especially serious impression. In the years since its publication, that work has served as the closest thing to a definitive account of the life and music of the man born Sylvester Stewart. A new edition of the book, dedicated to one of its central voices, is out now.

Groundbreaking San Francisco-based band Sly & the Family Stone smashed down cultural and musical barriers. As Selvin wrote in the book’s introduction, “There are two types of Black music: Black music before Sly Stone, and Black music after Sly Stone.” Even that proclamation understates the wide-reaching influence of the man and his music.

Selvin believes that now – nearly a quarter-century after its original publication – is the ideal time to reintroduce readers to Sly and the Family Stone: An Oral History. “First of all,” he says, “Questlove is working on a documentary.” So even though the famously mercurial Stone hasn’t released any new music since 2011’s misleadingly-titled I’m Back: Family & Friends, the Vallejo-born Stone will soon be back on the minds of the public.

And another author is reportedly collaborating with Stone on an official historical account. Stone is nobody’s idea of a reliable source on much of anything, but Selvin is keeping an open mind. “Let’s hear his account,” he says, challenge implicit in his tone. “I doubt his account is as truthful as the one I collected from his associates.”

“Sly’s the hole in my story,” Selvin acknowledges. “He’s the doughnut hole.” But the absence of Stone’s voice in Selvin’s book isn’t for lack of trying on the author’s part. With a laugh, he explains that at one point he did actually speak with the elusive Mr. Stone about a book based upon Sly’s version of events. “He was in rehab,” Selvin explains. “And his lawyers were thinking that a book would be a perfect project in sobriety.”

The author and the musician connected on the phone to discuss the potential project. “He wanted to know: did I think he could get $90,000 out of a book deal?” Selvin says. “But it was clear to me that he was more interested in the payout than in the work. It was … amusing.” And nothing came of those talks.

The oral history approach isn’t one that Selvin often uses; he’s a highly skilled scene-setter, and it’s fair to wonder if the story in his 1998 book might have benefited from a narrative approach of the sort he employed most recently in his 2021 book, Hollywood Eden: Electric Guitars, Fast Cars, and the Myth of the California Paradise. 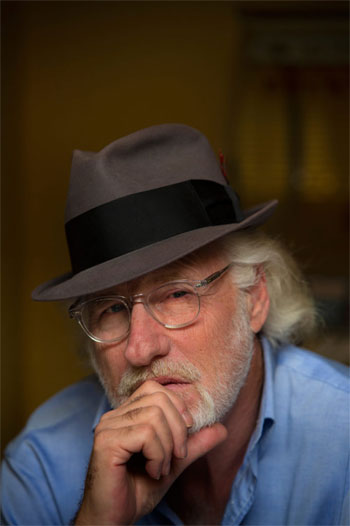 Selvin shrugs again. “That was the assignment,” he explains. The book was commissioned as part of a larger “For the Record” oral history series that included Susan Whitall’s Women of Motown and Dave Marsh’s Sam and Dave.

Joel Selvin’s approach to Stone’s story was based on interviews with no less than 40 individuals, including many of Stone’s former band mates. He also spoke at length with family members; music industry figures including Clive Davis; and fellow musicians who knew Stone (Mickey Hart, Grace Slick, Sal Valentino, Bobby Womack and many others).

“I overachieved on my little thing,” says Selvin. “I didn’t do phone interviews unless I had to.” He out countless hours into getting the fuller story.”I remember the [Family Stone saxophonist] Jerry Martini interviews were over five hours!”

The lurid, bizarre, often scary and sometimes violent story that emerges from the pages of Sly & the Family Stone: An Oral History has as a central character one Hamp “Bubba” Banks. Banks was a former pimp who would eventually marry (and divorce) Rose Stone, singer/keyboardist in her brother’s band.

And Banks – who passed away in October 2021 – would prove the linchpin of Selvin’s project. The author explains that when he first interviewed several of Sly’s closest associates, they were all circumspect, telling a sanitized story. “They were all victims of trauma, more than anything,” Selvin says. “They still felt scorched from it, all these years later.”

But then he spoke to Banks. “He had an entirely different viewpoint,” Selvin says. When he re-interviewed Stone’s former band members and others, Selvin encountered more candor. He recalls Family Stone drummer Greg Errico conceding, “Well, Hamp’s a lot of things, but Hamp’s no bullshitter.” Selvin dedicates the new edition to Banks.

Selvin says that the accounts from the ex-pimp brought the whole project together. “Hamp Banks was absolutely the epitome of Dylan’s phrase, ‘To live outside the law, you must be honest,’” he says. And that kind of unvarnished reportage – straight from those who lived through it all – is what makes Sly & the Family Stone: An Oral History relevant now, a half century after Sly reached his creative peak.