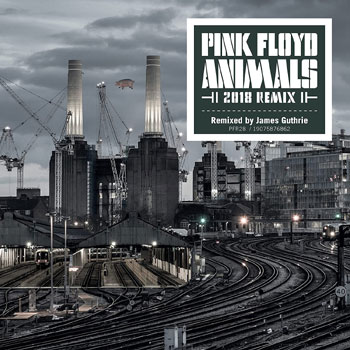 On the occasion of Animals’ remix/reissue, Goldmine took the opportunity to chat with drummer Nick Mason – the only musician to have played on every single Pink Floyd release since its founding in the mid 1960s – about the band’s 1977 album. Mason fielded a wide variety of questions, and in the process helped debunk some long-held misconceptions about the band’s 10th studio release.

Thematic Unity
Two songs that would serve as centerpieces of Animals were existing works that Pink Floyd had been playing live for some time. “Raving and Drooling” and “You Gotta Be Crazy” both figured into the band’s set list on their tours in support of 1975’s Wish You Were Here. And by the time Animals was completed, those lengthy tracks had been refashioned into “Sheep” and “Dogs” respectively. Joined by a new tune, “Pigs (Three Different Ones),” they would function as the narrative core of Roger Waters’ Animal Farm-inspired conceptual work. But as Mason explains, when sessions for the album first got underway, there was not yet an underlying theme to the project.

“There was no sense of trying to assemble an album so much as collecting songs or ideas for songs that would work in their own right,” he recalls. The band was halfway through the project before a concept came about (or was shared by lyricist Roger Waters). “Once there were two or three songs, then Roger particularly would look at a way of working them together and perhaps bring in an extra song to complete the set, almost,” Mason says. “In that respect it was not like The Wall at all, which really came as a complete package. 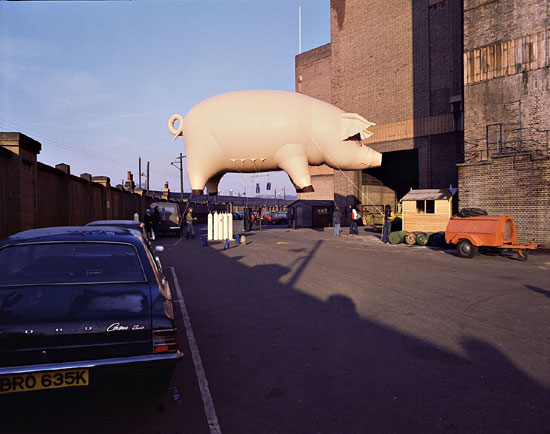 Shift in Balance
When founder and band leader Syd Barrett drifted off into the ether in 1968, guitarist David Gilmour took his place. From that point onward through the making of The Dark Side of the Moon (and to a lesser extent, its follow-up Wish You Were Here), Pink Floyd functioned as something of a democracy. Each of the four members – Gilmour, bassist Roger Waters, keyboardist Richard Wright and drummer Mason – held their own, all contributing creatively to the band’s music.

By the time of The Wall in 1979, the balance had shifted radically. Waters was in full command; Wright would be fired from the group (he was a hired musician on the live dates in support of The Wall), and while both Gilmour and Mason contributed in significant ways, both internally and outwardly Pink Floyd was now Roger Waters’ creative vehicle.

The accepted thinking is that Waters had in fact assumed command as early as the sessions for Animals. (In a blog post ahead of Animals’ reissue, Waters refers to that time as “When I was still in charge.”) But although the events transpired more than 45 years ago, Mason takes issue with that characterization. 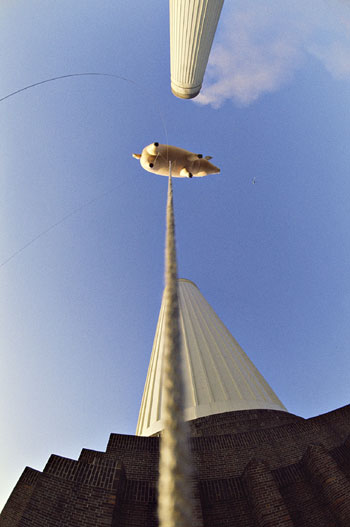 “That’s not really how I review it now,” he says. “I think in hindsight, one could say, yeah, that was starting to happen. But I think at the time we probably were [still] at the stage of working together.” In fact Mason characterizes the Animals sessions at Britannia Row as largely free from internal tension.

“Funnily enough, I think it was all a rather sort of cheerful period,” he says. “We’re always seen as being at war with each other permanently, but actually, it was great.” Part of that came from the fact that the group was working on its own turf, in its own studio. “We were surrounded by friends and family, almost,” he explains. “Roger’s house was walking distance from it, and I’d have been a bike ride away from it if I rode a bike, but I don’t.”
Mason recalls the Animals sessions as having “a great atmosphere.” The focus was on creating a leisurely vibe. “It really was a situation where you could go off and play snooker,” he says with a chuckle. “Roger had not spent that much time specifying the tape recorders, but he did spend time on getting a snooker table.”

The Legend of Snowy White
When Animals was released in 1977, it would be available in three formats: vinyl LP, cassette and 8-track tape. On the 8-track release, the two versions of “Pigs on the Wing” – a plaintive ballad featuring Roger Waters on voice and acoustic guitar – were combined into a single track. On the standard LP and cassette (and on all subsequent CD and digital releases) the separate tracks book-end the album. Odder still is that on the 8-track version, the segments are joined together by an elsewhere-unheard linking passage, featuring an electric guitar solo. And for the only time on a Pink Floyd recording up to that point, the solo wasn’t performed by a group member. Instead it featured the guitar work of Terence “Snowy” White, formerly with Thin Lizzy and soon to serve as second guitarist on Pink Floyd’s “In the Flesh” tour in support of Animals.

Any hope of solving the mystery of how that all happened won’t find resolution with Nick Mason. He wracks his brain when the subject is raised. “I can’t remember!” Mason says with a laugh. “That’s a really difficult one.” He is confident, though, when he explains how it did not happen. “I don’t remember Dave having a sulk and saying, ‘Well, I’m not doing it!’” he asserts. “That would have been one thing, but I don’t think it was that. It was almost certainly [that] it seemed like a nice idea to get Snowy involved.”