Steve Hillage: Ten Albums That Changed My Life (Part One)

The following is a significantly more in-depth version of a short piece I edited for Goldmine Magazine . — bk

Steve Hillage is one of those special musicians whose influence is far more widespread than his actual popularity. He has influenced countless artists in a variety of musical styles, but he himself isn’t terribly well-known. Hillage’s long and esteemed musical journey began with Uriel – a band that would mutate into Canterbury experimental group Egg – and then continue underground with Arzachel and Khan. He gained greater fame as a member of French psychedelic ensemble Gong, and then as a solo artist.

Hillage’s most well-known albums are 1976’s L (produced by Todd Rundgren and featuring Utopia as supporting musicians) and 1978’s Green, but his entire body of work is accessible and deeply textured. With partner Miquette Giraudy, he turned his attention toward EDM with System 7, though he keeps one foot planted firmly in the psychedelic rock world. In 2023 Hillage is mounting a tour of the UK and Europe, and on those dates he’ll revisit his celebrated 1970s works.

In this conversation, Steve Hillage reflects on ten albums that changed his life. Here he is, in his own words. 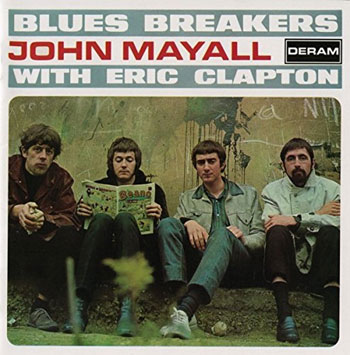 John Mayall and the Blues Breakers – Blues Breakers with Eric Clapton (1966)
It’s just that guitar sound! This is the first album where that guitar sound was just right up there. I was 14, I’d learned to play the guitar, and I was starting to become really proficient at electric guitar, and I heard that sound. It was an absolute seminal moment when I heard that classic blues rock sound with the Les Paul guitar. It just blew me away, but at the same time, it empowered me: “I can do that.”

You have to hand it to John Mayall. What an incubator! He brought [so many] musicians through his band. He’s a very important figure in the whole thing. 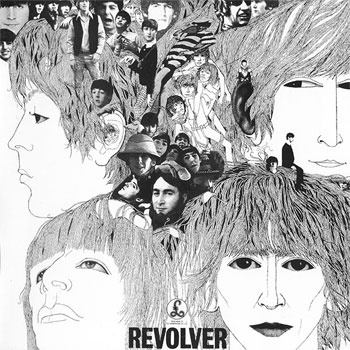 The Beatles – Revolver (1966)
I already had Uriel, my first band going; I had just turned 15 when that came out. I first listened to Revolver at the house of Dave Stewart, the keyboard player, and I was a big Beatles fan. I loved Rubber Soul, but Revolver had more punch to it, fantastic guitar sounds and similarly great songs. Then, you had this amazing phenomenon: “Tomorrow Never Knows.” Literally, we had never heard anything like that before. Revolver was really like a massive, massive album.

Rubber Soul had been quite the leap forward as well, but Revolver was the first album they made when they decided to stop touring and playing to screaming fans, and they just wanted to spend large amounts of time in the studio. It was the first one that came out from that Beatles period with all of the other greats, “Strawberry Fields Forever” and everything else. 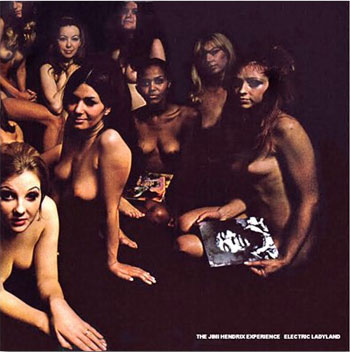 The Jimi Hendrix Experience – Electric Ladyland (1968)
Probably only a month or two later at Dave Stewart’s house, we saw the first ever Jimi Hendrix TV performance on this pop program called Ready Steady Go. No one had ever heard of him. He came out and just absolutely totally destroyed us with “Hey Joe.” We became raging fans. Then, Are You Experienced came out a few months after that but, if I’m going to choose one Hendrix album, it’s got to be Electric Ladyland. It just goes to absolute peak Hendrix there, with things like “1983…(A Merman I Should Turn To Be)” and stuff like that, and it’s just a wonderful record. I could have that played at my funeral. Electric Ladyland is the complete Hendrix album, because he’s got some blues jams, he’s done that stuff with Steve Winwood on the organ, and then some straight ahead Hendrix vocals like “Crosstown Traffic,” and then all this extra magical stuff. It’s just a wonderful, wonderful piece of work. 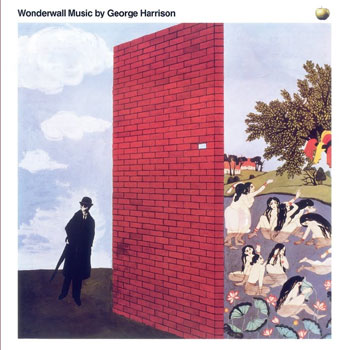 George Harrison – Wonderwall Music (1968)
That’s an obscure record; it’s quite hard to get a hold of. The first thing from it that I heard on the radio was when the iconic DJ John Peel played the track “Ski-ing.” It’s got such a lot of beautiful fusion stuff with Indian and Pakistani music. That record sowed a massive seed in me of my interest in what people would call “world music,” [though] I hate that term. I’ve done a lot of stuff in that sphere as well; I did a lot of production work with an Algerian musician called Rachid Taha, and I’d say that, you know, the seed of all that stuff was planted with George Harrison’s Wonderwall Music. But hardly anyone’s heard it, actually.

“Ski-ing” has actually got Clapton on it, and I absolutely fell in love with it. I actually did a cover version of that live, but I never recorded it. I should revive that. I might end up redoing a version of “Ski-ing” actually, because it’s really cool and totally suits my guitar style. 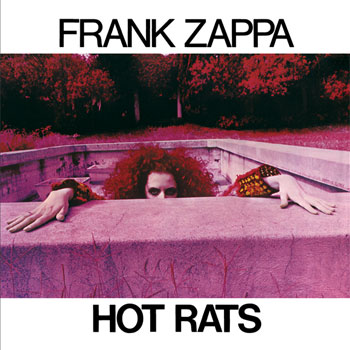 Frank Zappa – Hot Rats (1969)
I’d actually already left Uriel; they’d gone professional [as Egg], and I was going to Canterbury University. But, I was still friends with Dave and Mont, and we just loved Hot Rats, because we were into quite complex arrangements. We were into the Mothers of Invention as well, but with Hot Rats, it all came together. Hot Rats had stuff like “It Must Be a Camel.” That track influenced some of my solo stuff like “Canterbury Sunrise” in Solar Musick Suite, and a bit in the first Khan album. They’re not copies, but they’re well-influenced by “It Must Be a Camel.”

I think that “Willie the Pimp” has the best recorded Zappa guitar solo; he was a great guitar player. And having Beefheart and Zappa together [was great]. They’re also in Trout Mask Replica; I nearly put that on my list as well, because it came out at a similar time as Hot Rats.

Also, it was a bit of an innovative album. I think it was one of the first albums ever done on 16-track. There was quite a lot of stuff written about it at the time: “This is a sort of new generation studio technology.” We were fascinated by it, but it wasn’t just fascination; we loved it. It had a big influence on us. And also, another band who was in our orbit was Henry Cow; they were very influenced by Zappa as well, esoteric things like Uncle Meat. 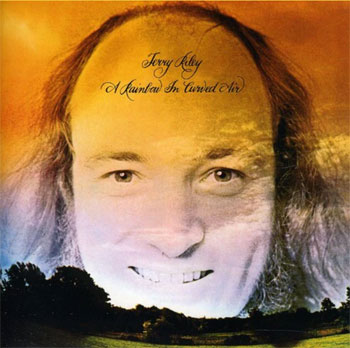 Terry Riley – A Rainbow In Curved Air (1969)
I was at a gig at the Roundhouse; the main band I went to see was Soft Machine; they’d just come back from their US tour. They were a bit fragmented at that point, and Andy Summers was playing guitar with them at that gig. But then, again, there was a DJ playing this bubbly electronic sound, and I was like, “What’s that? I want it!” And that was A Rainbow in Curved Air, and it’s been an absolute favorite of mine ever since.

Terry Riley was a big friend of Daevid Allen from Gong even in the pre-Soft Machine days. They were hanging out in the Paris beatniks scene, and Terry was definitely an innovator in terms of tape loops and cut-ups. He taught Daevid quite a lot of stuff, and Daevid was influenced from Terry Riley.