Langhorne Slim and the Confluence of Things

As has been the case among the general population, creatives reacted to the lockdowns and isolation of the pandemic era in a variety of ways. Some found the lack of human contact and disconnection from life’s routines deeply frustrating. For others, the time away from familiar people and activities yielded an unexpected creative wellspring. The latter would seem to describe the way in which singer-songwriter Langhorne Slim coped with the deepest troughs of the COVID-19 era.

But the rural Pennsylvania-born musician cautions that too much shouldn’t be made of the pandemic’s influence upon his creative output. “It was a confluence of things,” he says, explaining the 90-day period that brought forth all of the songs on Strawberry Mansion, his ninth and latest album. 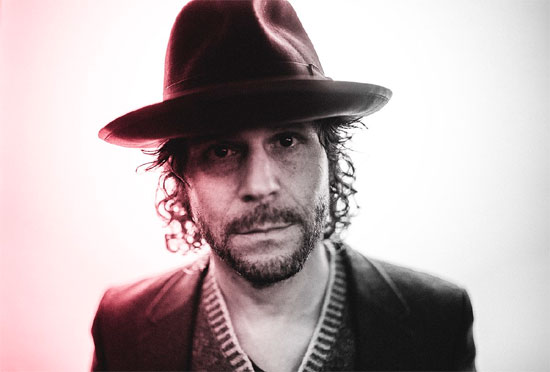 Until recently, the artist born Sean Scolnick (who adopted the name Langhorne in honor of the small town in which he was raised) had been living on the West Coast. “I was going through some troubled times, so I came home [to Nashville] and started to get my shit together,” he explains. “Then we had a big tornado, followed by the pandemic. So if I could tie a little bow around what it was that led to the record being written, it was healing.” He says that the larger events forced him to slow down. “The world felt very chaotic and loud and harsh on the outside,” he says. So he looked inward “to find some quiet and stillness and – dare I say – a little bit of peace from within.”

That peace is reflected in the contemplative yet forthright and expressive character of the nine songs on Strawberry Mansion. Even the titles hint at the emotional content to be found therein: “Mighty Soul,” “Panic Attack” and “House on Fire” are ready examples.

“Looking back at it, I was learning some new tools to go forward and live my life,” Slim observes. And in the process, a bounty of new music came forth. “These songs all presented themselves within a period of about two and a half months,” he says. Asked what he thinks his ninth record might have been like without the backdrop of circumstances he experienced, Slim is stumped. “Not the one I made,” he offers.
Langhorne Slim believes that effective songwriting comes in part from “trying to position oneself with the antennas of our hearts and souls and ears as open as possible to catch the melodies and the words as they’re going by.” He considers that receptive mindset to be the first part of the process, followed by “doing the work that needs to be done to complete the song or album. And I’m just grateful that I took some steps that I needed to [so I could] hear again more fully.”

Some artists write music with the additional goal of getting their music picked up for use in movies or commercials. While Langhorne Slim says he’d “love to write for music for film and/or television at some point,” it’s not a focus of his work. Nonetheless, his songs have been licensed for use in commercials for Travelers Insurance, Microsoft Windows and Coca-Cola.

“For years I felt very conflicted about it,” he admits. “But now I take each thing that comes one at a time, I take a look at it and make the best decision that I can.” He admits that having his songs used in ads and TV shows like Bones and movies including 21 & Over and Admission has brought more people to his shows. “I’ve tried to stay as true as I possibly can,” he says, “factoring in how to make a living and what’s best to get my music out to the people.”

After his period of contemplation and creativity, it’s time for Langhorne Slim to get back on the road. And he brings the considerable experience of more than 15 years as a touring, label-signed artist to his current run of dates. His career got a boost long ago both by a series of well-received Bonnaroo Festival appearances and multiple guest appearances on Conan O’Brien’s late-night TV show.

But Slim hasn’t forgotten what it’s like to play as an opening act, a second-billed performer in whom few in attendance might have had much initial interest. It would be his job to win them over, and sometimes he succeeded. “Everybody’s talking and at the bar, nobody’s paying attention, and then you start to sing. And there’s sort of a hush that comes onto the crowd,” he recalls, savoring the memory.

“Thankfully,” Slim quickly adds, “most of the shows now, people are there to hear us, so there’s not that literal challenge to win those ears. But I hope I still play with that kind of hunger and passion.”