Graham Nash: Back to ‘Beginners’ 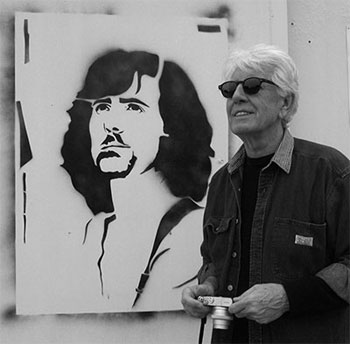 Graham Nash was already a celebrated singer, songwriter and musician when he appeared alongside David Crosby, Stephen Stills and Neil Young at the Woodstock Festival in August 1969. That was the supergroup’s second public show, but seven years before Nash co-founded The Hollies, one of England’s most successful pop groups. So by the time Nash ventured out on his own for his 1971 solo debut album Songs for Beginners, he was a well-seasoned artist.

That album and its 1974 follow-up, Wild Tales, were very successful records; both charted, and Songs for Beginners went Gold (500,000 units sold). And while (as a solo artist and as part of various permutations of CSN&Y) Nash would release many more acclaimed albums, his first two records have stood the test of time in the most exceptional way.

The enduring appeal of that music is underscored by Graham Nash’s latest release, Graham Nash: Live. Released in May, the album presents a start-to-finish onstage performance of both Songs for Beginners and Wild Tales. Culled from a four-night run of shows in 2019, the recording is a reminder of both the music’s continued relevance and of Nash’s staying power as a musical force.

Blackpool, England-born Nash celebrated his 80th birthday in February, so he has had more than half of his life to reflect on the reasons for the sustained popularity of those early records. “I’ve often tried to figure it out,” he says. “And I can only boil it down to a couple of things.” First, Nash believes that the deeply personal nature of the lyrics on those records resonates with listeners.

The critically-lauded Songs for Beginners was made at a time when Nash was enmeshed in a series of romantic relationships (with Joni Mitchell and Rita Coolidge) and against the backdrop of political turmoil in the U.S., including the contentious 1968 Democratic National Convention in Chicago and the subsequent federal court trial of the so-called “Chicago Eight.” And when Nash recorded Wild Tales, he was still bearing the emotional scars of his failed relationships, coupled with frustration at the failure of CSN&Y to get together and make more music.

Nash suggests that the emotionally forthright character of those records is supported by another quality. “They’re very simply recorded,” he says. And he emphasizes that for him, those two records truly had to happen. “That’s the only reason to do a solo record,” Nash asserts. “When me and David – or me and David and Stephen, or the four of us – aren’t recording, what do you do with all the songs that are in your head?”

His answer was to cut those songs on his own, with an all-star array of friends and associates. “I’ve got to get rid of [those songs] so I can make room for more,” Nash says.

The highly personal nature of songs like “Simple Man,” “I Used to Be a King” and “Grave Concern” may have made them unsuitable for CSN&Y, Nash surmises. “We only recorded songs that every single one of us loved,” he says. And Nash readily admits that he’s not a cryptic or oblique lyricist. “I don’t care for songs that you have to wait for the last verse to figure out what the fuck I’m talking about,” he says.
Nash was on either side of 30 years old when he wrote the songs featured on Songs for Beginners and Wild Tales. And a half-century later, he says that when he revisits those songs, he recognizes the much younger man who wrote them. “I’m very proud of what ‘he’ did,” he says. “No doubt about it. I [was] just trying to do the best I can; I love those songs.”

Performing them these days with a sterling backup band, Nash proves that his vocal instrument is every bit as strong and expressive as it was back in the late ‘60s and early 1970s. Asked how he keeps his voice in shape, Nash is unequivocal. “I don’t have a vocal coach. I don’t do lessons. I don’t do anything but sing,” he says. “And I live.”

With justifiable pride, Nash adds that he sings all but one of those 20 songs in their original keys. “And,” he says, “I don’t have the lyrics on a computer screen in front of me. If you don’t know the words to the songs that you wrote – words that you supposedly believe in – then you’re wasting your time. And I can’t do that.”

Graham Nash places a high emphasis upon authenticity, and he promises that concertgoers can expect two things from him. “You have to talk about the times in which we live,” he says. “I think that’s the duty of every artist.

“And I’m going to sing those songs that I’ve sung a million times with the same passion as when I wrote them,” he says. “I think my audience deserves that.”

Come back for more from my conversation with Graham Nash. — bk