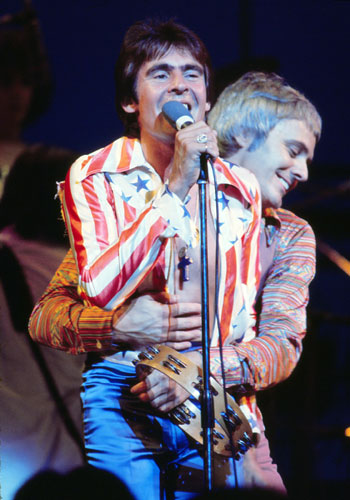 Jennings’ boyfriend at the time was none other than Bobby Hart. “We invited Claudia’s masseuse to come for Thanksgiving dinner,” Hart recalls. “And she said, ‘Can I bring my son? He would love to be in the music business!’” When Hart met deWalden – whom he characterizes as “this flamboyant Italian man” – he took an instant liking to him. On learning that deWalden spent a lot of time in the Far East, he made him an offer: “I’ll tell you what,” Hart told deWalden. “I’ll give you two or three songs that I publish. See what you can do with them in Singapore and Hong Kong or wherever.” DeWalden did just that, setting up publishing deals for Hart’s songs in that part of the world. “He started getting cuts for me,” Hart explains. “And that was the beginning of his long and successful music publishing career.”

“I didn’t know anything about music publishing,” deWalden admits. “Bobby taught me everything. The moment I met him, I saw immediately what a great person he is. He’s a person you can trust.”

On one of his frequent trips to the Pacific Rim, deWalden found himself engaged in conversation with some Japanese music promoters. Learning of his association with Bobby Hart, one of them made a suggestion: “It would be great if you could ask The Monkees to get back together and come and do a tour in Japan.” DeWalden agreed to bring the idea to the long-split group. But by 1974 the four former Monkees were unlikely to find consensus. “Two of them said yes,” deWalden says, referring to Micky Dolenz and Davy Jones. “The other two said, ‘Absolutely not.’”

Hart recalls reaching out to Dolenz on deWalden’s behalf. “I called him, and he said, ‘Nesmith doesn’t want to have anything to do with The Monkees, and we don’t even know where Peter [Tork] is!’” For their parts, Dolenz and Jones had of late been doing some concert appearances as a duo. But in 1975, two members wouldn’t be considered a Monkees reunion. 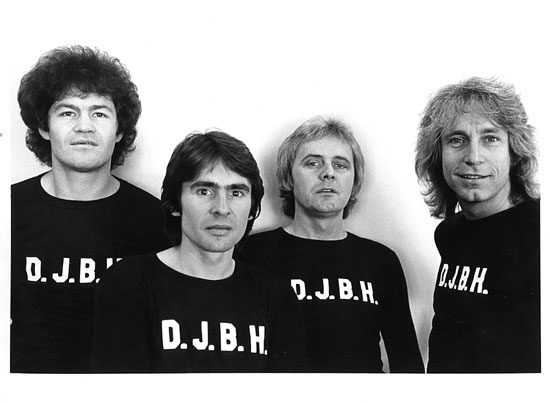 Yet sensing a potentially lucrative and rewarding opportunity, deWalden wasn’t about to give up. “I’m the one who came up with the idea,” he says, an assertion backed today by Hart. “I said, ‘Why don’t we do a tour of Southeast Asia with Tommy and Bobby and Micky and Davy?’”

Dolenz, Jones, Boyce and Hart met with deWalden at a Sunset Strip restaurant owned by Dolenz. “We had lunch,” Hart recalls, “and we had such a great time! We hadn’t seen much of each other in the past eight years.” He says that the consensus was, “Well, if the money’s there and they’re offering, then sure. We’re up for something like that.”

DeWalden went to work putting together a Southeast Asia concert itinerary for the following year. But there was a more immediate matter at hand. “The first thing we did,” says Bobby Hart, “was ask Tommy: ‘See if we can get Keith to put a band together.”

Guitarist and band leader Keith Allison already had a massive résumé when he received the call. The Texas-born musician had been a member of the post-Buddy Holly lineup of The Crickets, led by Allison’s cousin, drummer Jerry Allison. After kicking around the American southeast with the likes of Ray Peterson and Johnny Rivers – often crossing paths with friend, college classmate and fellow Texan Mike Nesmith – Allison moved to Los Angeles. As a solo artist, he would open for the Rolling Stones twice, and played often on Boyce and Hart demo recordings. He was “discovered” one day when he went to get a voucher for payment on some recent session work. Arriving at the Whisky A Go Go, he found Boyce and Hart involved in the taping of a new television show. “I saw all these film trucks,” he recalled. “I walked in, I looked up, and I saw Dick Clark.”

Clark saw him, and was struck both by his charisma and his passing resemblance to Paul McCartney. Within days, Allison was a cast member of Clark’s newest show, the five-days-a-week Where the Action Is. Co-starring on the show with “house band” Paul Revere and the Raiders, he became fast friends with the group (whom he had known since meeting them on tour in Hawaii years earlier) and eventually playing – uncredited – on many of their hits. 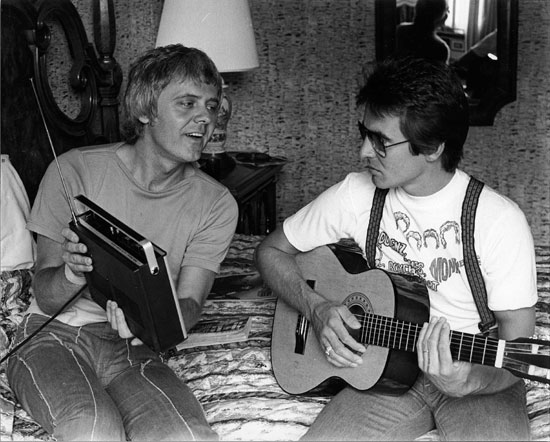 Allison toured with the Raiders for years, playing his own set before the Revolutionary-costumed band took the stage. By the late ‘60s, he had joined the group as bassist, and with singer Mark Lindsay Allison helmed the group’s work in the studio. The Raiders’ major-label run came to an end in 1974 when both Lindsay and Allison left the group. Allison – who as a highly skilled and easy-to-get-along-with player – was always in demand, and immediately found himself on tour with old friend Johnny Rivers.

And he had long been close with Dolenz and Jones. “By that time, Davy had moved to Santa Barbara,” Allison recalled, “and he kept a room at my house in Hollywood.” Allison recalled that it was Jones who first brought the idea of becoming DJB&H’s band leader to him. “Davy said to me, ‘Cowboy, if you’re doing it, I’m in. Otherwise no.’”

Boyce had a group already, and Allison scheduled rehearsals with them at SIR in Hollywood. And on June 21, 1975 Dolenz, Jones, Boyce and Hart made their public debut onstage at an amusement park, Six Flags Over Mid-America, near St. Louis, Missouri. “We walked onstage,” recalled Allison, “and we all looked at each other and said, ‘Holy shit.’ It was like the glory days of ten years earlier.”

Bobby Hart smiles at the memory. “We did more than one show that day,” he recalls. “But when you added them up, it was 26,000 people. Somebody said, ‘Oh, this is an audience.’” It was an auspicious start to a tour billed as “The Great Golden Hits of The Monkees – The Guys Who Wrote ‘Em and the Guys Who Sang ‘Em.”