Album Reviews: Four from Jonathan Richman and the Modern Lovers (Part 2 of 2) 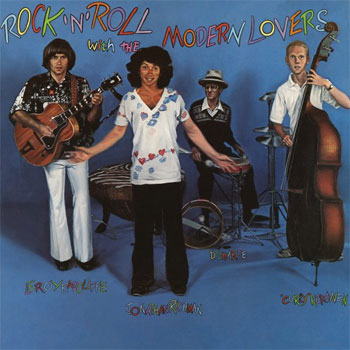 Rock ‘n’ Roll with the Modern Lovers (1977)
Bizarre in the extreme, the record opens with a traditional Japanese folk instrumental. The album cover looks like a children’s record, and the song selection (“Wheels on the Bus” ferchrissake) does nothing to dispel that impression. The thin production and dashed-off vibe has been considered “punk” in some quarters, but I just don’t get it. The primarily acoustic arrangements are anything but the “rock ‘n’ roll” of the album title, save for the vaguely Jordanaires feel of the backing vocals. This is more a folk record than anything else, and is likely to leave fans of “Roadrunner” bewildered. 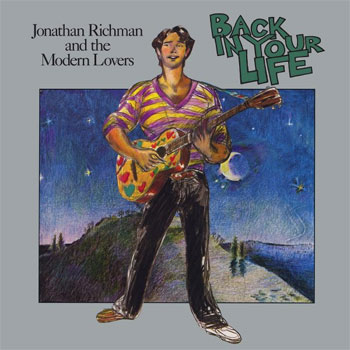 Back in Your Life (1979)
After classifying the ‘77 LP as rock ‘n’ roll, at least the crowdsourced brain trust at Wikipedia had the good sense to label this one “pop rock.” Credited to Richman and the Modern Lovers, half of the record is the singer completely on his own. The tracks with the band are pretty good, closer in spirit to the early ‘70s material, but only in comparison to the other records, which is grading with a very steep curve. Richman deserves points for his honesty and lack of guile, though listeners could be forgiven for wondering if the whole thing was some kind of put-on. (It wasn’t.) The childlike lyrics on tracks like “Buzz Buzz Buzz” suggest that Richman wrote these songs when he was 11. (He didn’t.) By this point, Jonathan Richman’s chosen musical path was set, and to expect him to do otherwise would be a recipe for frustration. 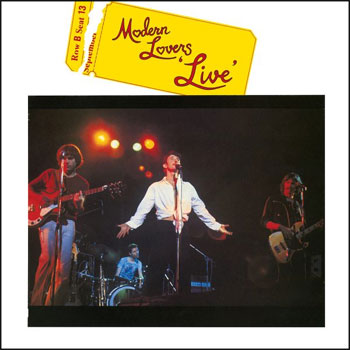 Modern Lovers ‘Live’ (1977)
Aha, some potential listeners might have thought. Maybe this one will rock a bit. Alas, no. Ostensibly live, this record sounds pretty much the same as the studio records. The live readings of “Ice Cream Man” are a bit different from their studio counterparts, but the energy level still suggests that the players were seated in comfy chairs when they cut the tracks. The audience is digging it in an oddly dignified manner, clapping and laughing seemingly on cue. The between-song banter fits in exactly as one might expect. The playing is restrained almost beyond belief.

Jonathan Richman is an artist of merit, one whose work is important within the context of garage rock and even punk. But as his body of work has made plain – as as these four albums vividly illustrate – The Modern Lovers is very much an outlier in his catalog. Approach these record with that understanding, and there are simple, innocent joys to be found within.