Rock has often been about spectacle. From the mock-horror of Alice Cooper to the blood-spattered antics of GWAR to the inevitable pyrotechnical visuals of most every stadium act, giving audiences a memorable visual experience has long been a key component of what makes a rock show worth the price of admission. 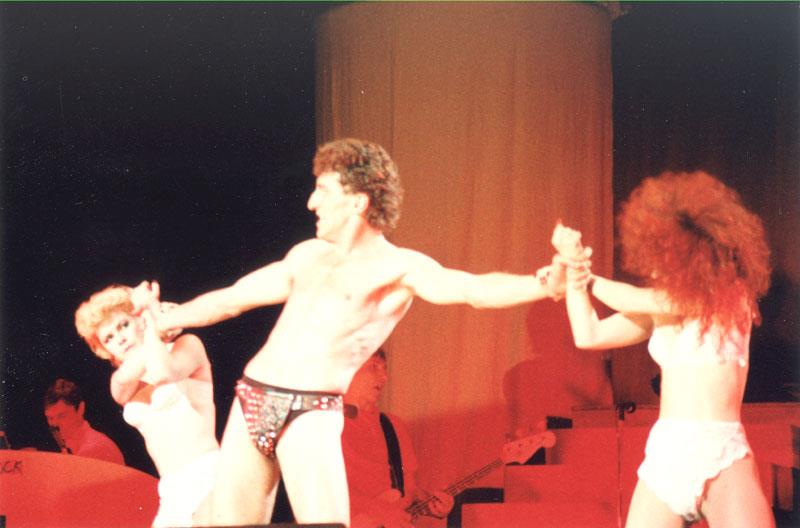 And few groups have ever equaled the unhinged spectacle of the 1970s-era Tubes. The San Francisco collective deftly combined artistic ambitions, progressive rock arrangements, street-level punk sensibility and sharp satire on their albums. But those were nothing compared to a Tubes concert, where those ingredients were tossed into a blender with… sex. Sex, it should be noted, of a very sweaty, kinky, lurid and hilarious sort. In March 1974 the group headlined the clothing-optional Streakers’ Ball at The Village (901 Columbus Ave., later the site of Wolfgang’s).

Fronted by the irrepressible Fee Waybill, The Tubes didn’t merely play and sing songs like “Mondo Bondage,” “Don’t Touch Me There” and “White Punks on Dope.” The band – with the help of dancers, props and myriad special effects – acted the songs out onstage. Donned variously in a bondage mask and leather jockstrap, or a trench coat and fedora, or nine-inch heels, aluminum foil wrapping and powdered wig, Waybill led The Tubes through edge-of-mayhem versions of songs that showcased (and skewered) the seamier side of life.

Inevitably, The Tubes’ creative successes would outpace their commercial fortunes. One, they were simply too outré, too bizarre, too naughtily NC-17 for the masses. The group recorded a string of very good-to-great albums for A&M that didn’t crack the hit parade. A&M unceremoniously dropped them shortly after the one-two punch of Remote Control (a semi-conceptual masterwork produced by Todd Rundgren) and a searing concert set, What Do You Want From Live. 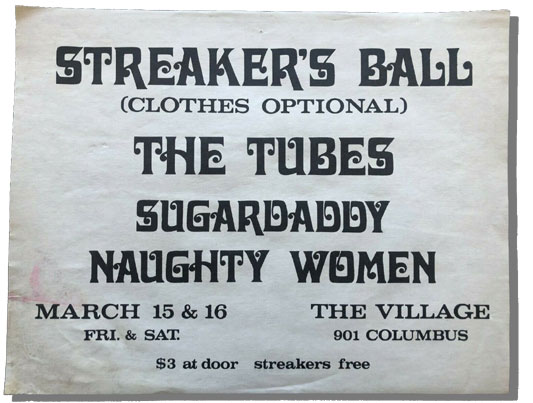 By the ‘80s, though, The Tubes signed with Capitol. There they retooled, scaled back the costly live show and streamlined the music. The Completion Backward Principle and Outside Inside smoothed just enough rough edges to catapult the band to high profile success. And onstage a slightly tamer (R-rated, perhaps) presentation drew in a wider audience. Something was lost, but something gained as well.

Yet bristling under the commercial thumb of producer David Foster, The Tubes eventually splintered. After regrouping for the uneven Love Bomb (a favorite of several in the group, but a marketplace disaster) the classic lineup dissolved. Guitarist and songwriter Bill Spooner left in 1989. Keyboardist Vince Welnick left that same year, eventually joining the Grateful Dead. He died in 2006. Vocalist Re Styles passed away in April of this year.

Former member Mike Cotten launched an archival initiative, The Tubes Project, in 2005, aiming to collect and preserve the band’s recorded and visual legacy. There was talk of a documentary, but 17 years later, nothing has materialized. This pioneering group deserves better; The Tubes’ stage show production rivaled Broadway, with better music to boot.

The Tubes continue to this day, built around a core of founding members Waybill, Roger Steen (guitar), Rick Anderson (bass) and drummer Prairie Prince. The band returns to its San Francisco hometown for three nights in late October at the Masonic.