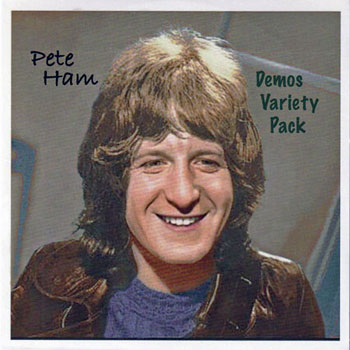 Anyone with a taste for melodic rock surely appreciates the greatness that was Badfinger. The group led by Welsh-born singer, songwriter and guitarist Pete Ham created a body of work that’s transcendent in its beauty, power and passion. The tragic story that enveloped and consumed the band threatens to overwhelm the music, but thanks to the work of important archivists like Dan Matovina, that hasn’t been allowed to happen.

Matovina is best known as the author of the definitive biography of the group, Without You: The Tragic Story of Badfinger. Published in 1997, it’s a meticulously researched, essential read. It’s also out of print and quite expensive on the secondhand market. The good news is that (a) it’s now available in an ebook version and (b) Matovina is reportedly hard at work on an updated and revised edition.

But back to the music. Against strong odds – because when it comes to star-crossed bands like Badfinger (and Big Star and Moby Grape and… and… etc.) – there are always obstacles, Matovina has also shepherded a number of important releases to release. He was involved in the belated 2000 release of the band’s Head First LP (recorded in 1975). And Matovina has also seen to the release of several compilations exploring the demo tape archives of Pete Ham. The first of those, 7 Park Avenue was released in 1997, followed by Golders Green in 1999 and Keyhole Street: Demos 1966-67 in 2013.

One might well assume that those three releases exhausted the archives. Alas, no: whether the material qualifies as recently-discovered and/or repaired, or whether it simply didn’t fit onto those collections, there’s more Pete Ham material to enjoy. And Demos Variety Pack collects those tracks.

To be clear, as its title suggests, this new collection features a good bit of material that has seen previous release on the aforementioned sets. But several new (new-to-us, that is) recordings are featured. And while the details aren’t made clear, many tracks now feature overdubbed instruments and/or vocals. Best to think of those as 2022 equivalents to what “The Threetles” and Jeff Lynne did to John Lennon’s demo recordings of “Free as a Bird” and “Real Love.”

The collection opens with what may be its most remarkable artifact: Ham’s previously-unheard demo for “Baby Blue.” It’s fascinating to hear the recording, wanting-in-fidelity as it is, featuring the song’s composer playing nearly all the instruments and singing most all of the vocal parts. Not to take anything away from the eventual contributions of Tom Evans, Mike Gibbins and Joey Molland, but nearly every nuance of the final recorded hit version is present on the original demo. It’s a must-hear.

The slide guitar parts on Ham’s December 1970 demo of “Perfection” are substantially different from the released version; this recording is acoustic guitar and slide plus vocal. It’s even more intimate than the final recording, and shows a little-heard side of Ham’s artistry.

The disc is filled with gems. Of particular interest, though, is “No, Don’t Let it Go.” A Ham demo from 1975, the track was previously released on a limited-edition vinyl single nearly a decade ago. This version features overdubs that, once again, are well integrated into the recording. The arrangement underscores the care and deep understanding and appreciation of Pete Ham’s aesthetic that characterizes this collection; everything about the enhanced version seems in line with what we know about how Ham might have put it together.

Taken as a whole, the music is uplifting. But this being Badfinger, it seems somehow fitting to end on a melancholic note. A piano-and-vocal recording from 1969 or ‘70, “Take Me Back” does just that. [You may also enjoy this related release of Iveys music. — bk]