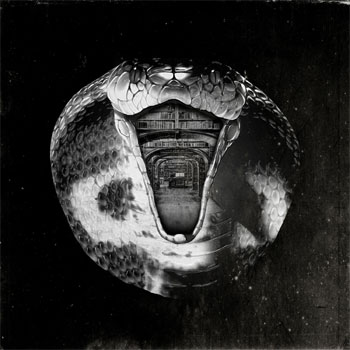 Talk about making up for lost time. The Mommyeads’ initial run lasted from the late 1980s to nearly the end of the ‘90s; that period was followed by a decade-long hiatus. When they returned in 2008, the Brooklyn-based group embarked upon a two-track path, releasing new music alongside reissues and archival sets of their earlier works. The Mommyheads’ work is characterized by attention to detail, finely-crafted ear candy songs, and a general cleverness.

The group is often – too often, perhaps – compared to XTC. That has less to do with them sounding at all like Swindon’s finest, and more to do with their baroque sensibility and unfailing knack for memorable melodies. But on their latest, Genius Killer, The Mommyheads move confidently in another direction, while maintaining everything that has made them special up to now.

Listen to “Impulse Item” and you’ll be forgiven for thinking you’re hearing a previously-unheard track from Electirc Light Orchestra’s prime period. You know, the era when they reconciled their Beatles fixations and combined them with original ideas, and before they turned into the musical equivalent of a wind-up toy. In other words, Face the Music and A New World Record-era.

But even that comparison is too limiting for The Mommyheads. On the title track, they bear some similarity to Supergrass. There’s a trip-hop meets Simon and Garfunkel vibe to “She’s a Fighter.”The group excels at heartfelt, soulful balladry on “We Almost Lost it All.” They get all electro-funky on “Distill Your Love Into That Dying Light,” sounding for all the world like a ‘70s soul group raised on a steady diet of Stevie Wonder and P-Funk.

“Idealist” is a moody, percussion-heavy excursion that bears similarities to Joe Jackson and (for once here) XTC. “Privilege” rocks hard, swinging and swaggering. “Bittersweet” combines all of the assets on display throughout the record into five minutes of catchy and compelling music. The stuttering “One and the Same” is intentionally skeletal in arrangement; the approach draws the listener closer, deeper into The Mommyheads’ world. The record concludes with “First Five Seconds,” an ambitious, subtly progressive composition that again combines The Mommyheads myriad assets into a single track.

This group is on a roll. Now that they’ve (seemingly) worked their way through all of the archival material, the focus is back on new music. And as the Mommyeads hurtle toward their 40th anniversary, they’re showing themselves to be at the top of their game.