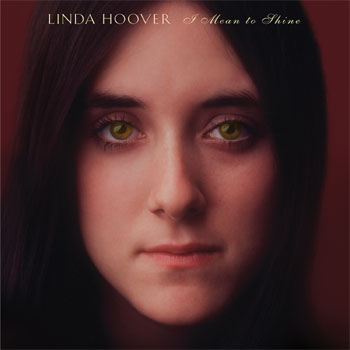 Remember inner sleeves? The 12×12 paper sleeves that held records and went inside of the album jackets? For a time they served an additional purpose, working as advertising media. The jackets listed in words (and sometimes images) other titles available from the label, presumably ones that might interest the purchaser of the fine title held in his or her hands.

That’s how I first learned of You Gotta Walk It Like You Talk It, the soundtrack for a little-known 1971 motion picture starring Richard Pryor and Robert Downey Sr. Those credits notwithstanding, the title is notable primarily for the primary involvement of Walter Becker and Donald Fagen; the duo would soon go on to greater acclaim as Steely Dan. That group released its debut album, Can’t Buy a Thrill in 1972.

But as I have recently discovered, this 1971 project wasn’t the first significant project from the proto-Steely Dan. In summer 1970 Becker, Fagen and a coterie of top players got together to back and record with vocalist Linda Hoover. Produced by future Steely Dan mainstay Gary Katz, I Mean to Shine also featured guitarists Denny Dias and Jeff “Skunk Baxter; both men were (with Becker and Fagen) founding members of Steely Dan.

Sadly, while I Mean to Shine was completed, it sat on a shelf for more than a half-century, unheard. But now the intrepid folks at award-winning label Omnivore Recordings have collaborated with Hoover to bring this rare gem to the world.

Hoover was but 19 years old when she cut the album’s 11 songs. But her vocal work belies her tender age. With a musical character reminiscent of Lou Adler’s work for The Carpenters, I Mean to Shine also has some of the sonic elements that made Eli and the Thirteenth Confession and Tapestry so satisfying and resonant. Add to that the instrumental simpatico that the world would soon discover within Steely Dan, and the result is a thing of beauty and grace. Hoover has a supple voice, and soars effortlessly.

If the title seems at all familiar, perhaps that because Barbra Streisand – a musical kindred spirit of Hoover’s, to be sure – cut a version of the song and scored a gold record for it. The story of why the record didn’t come out is explained well by liner notes writer Scott Schinder, and Hoover herself adds context.

It’s hard to imagine that anyone who appreciates the best female vocalists of that era – Laura Nyro, Carole King, Linda Ronstadt and the like – wouldn’t find I Mean to Shine a delightfully appealing collection. And so, some 52 years after it was made, I Mean to Shine gets its belated chance to, well… y’know.