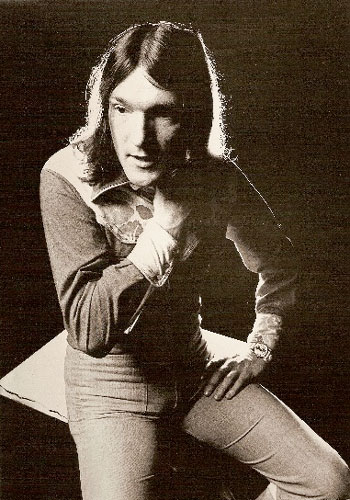 The electric fusion group drew inspiration from across the musical landscape, combining sounds the likes of which one might find on a Miles Davis album of the era with a funky soul and r&b sensibility. Among the Oblivion Express’ most beloved recordings is a scintillating Auger original, “Happiness is Just Around the Bend.” The song would be an r&b Top 10 single in 1974 when covered by soul trio The Main Ingredient.

Oblivion Express showcased a great deal of excellent original material by Auger and/or his band mates, some of whom would go on to play with The Average White Band and Santana. And – like any good jazz ensemble – the band truly excelled at interpreting the work of others. Some of the group’s most rewarding recordings include covers of Marvin Gaye’s “Inner City Blues,” Wes Montgomery’s classic “Bumpin’ on Sunset” and Eddie Harris and Les McCann’s “Compared to What.”

Auger always intended Oblivion Express to explore musical areas outside the prevailing pop mainstream. He drew inspiration from early and “outside” sources, but channeled that inspiration to yield contemporary results. He recalls having conversations with his friend (and fellow keyboard hero) Keith Emerson. “We used to have a good laugh,” Auger says. “Our styles were so different, but when when we started to recount who we’d been listening to, it was all the same people!”

Oblivion Express went inactive after 1977’s Happiness Heartaches. Auger stayed busy throughout the following decades with session work and touring, and acting as musical director for a German television series. Once the 21st century rolled around, he re-formed Oblivion Express, this time with a lineup that included members of his family.

Auger explains how that came about. “My son Karma, who is the eldest, started to play drums, and I thought, ‘Wow, he’s actually really good!’ And he starting learning all my tunes.” From a young age, daughter Ali was “a Sarah Vaughan freak,” Auger says, “and she just has the most wonderful voice.” Eventually Ali found that the musician’s life on the road was not for her, so she stepped away.

The band needed a replacement, and Karma suggested his other sister. “She had done several plays for her high school and college,” Auger says. “But I said, ‘Savannah doesn’t sing!’” Karma assured his dad that yes, she did. “But you’ve never heard her,” he added.

Intrigued but a bit skeptical, Auger said to his son, “Why don’t you ask her to learn a half dozen tunes, and then we’ll do a rehearsal?” That happened, and Auger says he was “blown away. I was like, ‘Do you want to come on tour with us?’” 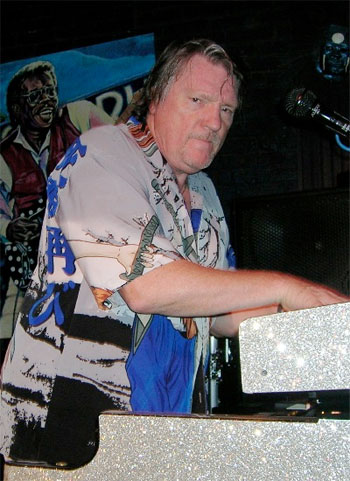 Auger – who has long had a reputation of surrounding himself with top-flight musicians – emphasizes that his progeny didn’t get any sort of special consideration in getting into his group. “They’re all great players, otherwise they couldn’t have played in my band. They did a tremendous job.” Savannah eventually left to raise a family, and vocalist Alex Ligertwood – a veteran of many ‘70s era Oblivion Express albums – returned.

Brian Auger will celebrate his 83rd birthday in July. The pandemic has meant that live concert dates weren’t an option, but in recent years he’s been busy with a number of archival projects. In 2015, the first in a two-part anthology series Back to the Beginning collected highlights from across Auger’s long career. 2016’s Back to the Beginning… Again! continued the chronological survey. In 2020, a three-CD set, Introspection celebrated his 50th career as a recording artist; 18 of its 35 live and studio tracks were previously unreleased.

And now in 2022 comes Auger Incorporated. Emphasizing that Auger’s work has influenced a wide array of artists – his music has been sampled by Air, Common, Jurassic 5, Kid Loco, P.M. Dawn, Mos Def and many others – Soul Bank Music’s Greg Boraman notes that the new digital-only release features outtakes and radio sessions that haven’t shown up on previous releases. Auger and Boraman have known each other for more than 25 years. “Greg’s a big fan, and also an organ player,” says Auger. “And he knows more about my music than I do!”

Brian Auger knows what he loves about jazz, and about music with a jazz sensibility. “There is a freedom,” he says. “We’ll play the ‘head’ of a tune or whatever, but there’s a freedom to play as you like, you know? And you don’t get any freer than that!”

Adopting a posh British accent for effect, Auger recalls a conversation many years ago with a stereotypical dyed-in-the-wool Englishman. “He would say, ‘God-damn! You’re not classically trained?’ I’d say, ‘No, I just play by ear.’ And he’d say, “Wot!? Don’t tell me you play that sort of gin mill music!’”

After the uproarious laughter subsides, Auger reflects on his life as a musician. “I don’t know what else I could be that would have made me so happy,” he says. “But you know, this is it.”