The dB’s in Black and White (Part Three) 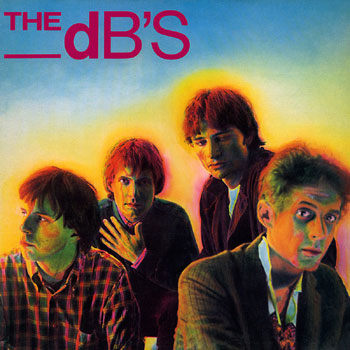 By the time the quartet’s first single, “Black and White” b/w “Soul Kiss” was released in 1980, Rigby says that Stamey and Holsapple (who had moved to second guitar) “were on an equal basis in the band.” Gene Holder agrees, noting that there was never anything like a power struggle in the group. “We were open to any of the songs, no matter who wrote them,” he says. “It wasn’t any kind of dictatorship.”

The dB’s honed their craft and built up a repertoire based on the original songs of both Peter Holsapple and Chris Stamey. But it wasn’t always smooth sailing. Will Rigby recalls a gig in Los Angeles prior to the release of the band’s debut album. “It was the first time we played L.A.,” he says, “and I think a lot of record company people were there at the Whisky a Go Go.” Unfortunately, the band was not at its best, to put it mildly. “We pretty much stank up the joint,” Rigby says. “That gig, more than any other, kept us from getting signed; there’s no doubt about it.

The band did eventually land a record deal, but they had look beyond American shores to do it. “Chris and I went to London in 1980 to try to get us a record deal,” Holder says. “No American label wanted to sign us,” Rigby emphasizes.

Holder and Stamey planned to employ a kind of bait-and-switch to pique the interest of British record executives. “Chris had a tape of some unreleased Blondie demos that he was thinking of putting out on Car Records,” Holder says, noting that Blondie didn’t want the recordings released. “We had that demo to try to get in the door; as soon as a record company knew that that existed, they were interested in that.” Unfortunately, all of them lost interest when the subject changed to The dB’s. 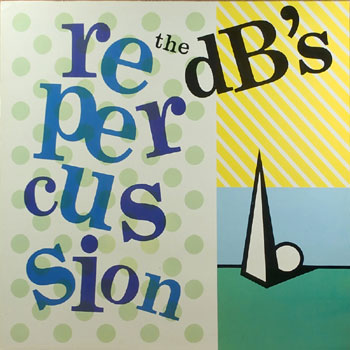 Ultimately, UK-based independent label Albion – home to a string of releases by pub rocker Ian Gomm – was the only label interested in The dB’s. “We would’ve much rather have been on Sire or something like that,” Rigby says, “but we had this reputation of being inconsistent.”

Albion released The dB’s Stands for Decibels in 1981. Produced by the band and Alan Betrock, the record’s standout tracks include “Black and White” and “Bad Reputation,” both Holsapple tunes. Though it didn’t sell in massive quantities, the long-player received widespread critical praise. That contrast between commercial under-performing and critical success would set a pattern, one that characterized the entire arc of The dB’s story.

It was only a few months later that The dB’s returned with their second album, Repercussion. Also released on Albion, it was the first production assignment for Scott Litt; he’d later work with R.E.M. and Nirvana. Breaking the sophomore slump curse, Repercussion often gets the nod as the finest dB’s album, the one most representative of the group’s considerable strengths. “We had the songs, we had the budget, and went in and did it,” says Gene Holder. “That’s my favorite record of The dB’s.”

The album was divided almost equally between Stamey and Holsapple songs; the two composers rarely wrote together. Highlights include Stamey’s punningly-titled “From a Window to a Screen” and Holsapple’s classic “Amplifier.” 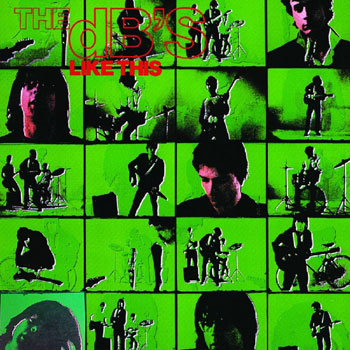 The band toured extensively in that period. “We recorded Repercussion in London,” Rigby says. “That fall, we did a pretty long tour in the U.S., then another tour in ‘82, this time opening for Dave Edmunds.” The band also played several shows on the Continent. “Then we got back, and Chris said, ‘This is the last tour, and I’m quitting after this.’”

“Chris was starting to feel ready to go somewhere [else],” Holsapple says. But there was never any question about the band continuing. “I never stopped wanting to play with Peter,” Rigby says, though he admits that he felt the band should have changed its name after Stamey’s exit. The group landed a deal with Bearsville Records, and accounts differ – nobody’s quite sure after all these years – on the subject of whether Stamey signed the contract and subsequently back out.

Even without Chris Stamey, 1984’s Like This was another critical success. All of the album’s 11 songs – highlighted by “Love is for Lovers” and a new recording of “Amplifier” – are Holsapple originals. The group toured the U.S. opening for R.E.M. but behind-the-scenes record label issues helped doom the record’s commercial potential.

More touring ensued, but it would be nearly three more years before the fourth dB’s album appeared on shelves. The Sound of Music was released on I.R.S. Records; the label also licensed The dB’s back catalog for reissue. Holder left when sessions were completed; he was replaced on bass by New Orleans musician Jeff Beninato, and guest musicians on the record included Syd Straw, Lisa Germano, Van Dyke Parks and old friend Benmont Tench. 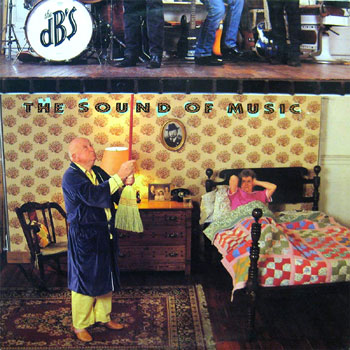 For live shows, the group added another guitarist whose name they take pains to avoid mentioning. “He was really, really not right,” Rigby says. But the group once again landed an opening spot on the latest R.E.M. tour. “So we wound up playing for more people than any other lineup of The dB’s did, with this guy we couldn’t stand.” One more tour with that guy’s replacement, Eric Petersen, was more successful. “Then, there was a tour in the summer of ‘88, and that was pretty much it,” Rigby says. “That was the end of The dB’s.”

Critics like to put musical artists into boxes. And while The dB’s understand how the game works, not a single one of the four members has even been comfortable with the term power pop, especially when it’s applied to their group. In his memoir, Stamey recalls his feelings on the subject during the band’s heyday: “A ‘power pop’ box on a press questionnaire might have been attractive to us North Carolinians for about a minute back in 1975, but that seemed to have been eons earlier,” he writes. “By the early eighties, power-pop practitioners seemed overly reverent of the past, with slight chips on their shoulders, a British gear fetish, and hair dryers at the ready.”