The dB’s in Black and White (Part Two)

A single credited to Chris Stamey and The dB’s featured an a-side (“(I Thought) You Wanted to Know”) played by Stamey with Television’s’ Richard Lloyd, who wrote the tune. “Chris wanted to have a band to promote that,” recalls Holder. Individually, he and Rigby had both recently moved from North Carolina to New York. “So Chris asked if we’d be interested in playing. I said, ‘Definitely,’ and that’s how we started, the three of us.” The flip, “If and When,” featured the new trio. The single was released on Stamey’s own indie label, Car Records.

The three-man dB’s backed a returning Alex Chilton for some New York shows; Gene Holder describes those gigs as “kind of chaotic, but still good.” Similarly, early trio-version dB’s shows were – according to all participants – somewhat sloppy and unfocused. “We did a few gigs that way,” recalls Holder. “Then we decided we needed another person to sort of carry some of the load on stage. We were feeling a little hemmed in by only having the one guitar.” By October 1978, they made a decision to add another musician to the group. “We got Peter to move up, and that’s where the band really started getting off.” 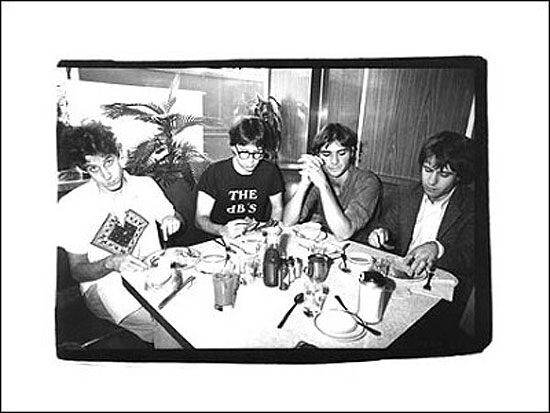 Peter Holsapple had already left North Carolina; his journey first took him to Memphis. He had first discovered Big Star years earlier thanks to Stamey. “Chris was the alert ear that heard ‘When My Baby’s Beside Me’ on WAIR,” he recalls, noting that the fact serves as proof that Big Star’s music really was played on AM radio. Will Rigby concurs, noting that Little Diesel, a Winston-Salem high school-era combo including him and Holsapple, festured “In the Street” in their set in 1973.

And it was revelatory for Holsapple, letting him know that there were others who appreciated that kind of music. “You didn’t feel so alone in the ‘Midnight Rider’ world,” he quips. As early as 1977 he made a pilgrimage to Memphis, joined by Mitch Easter and Will Rigby. “We saw Chris Bell at Danver’s restaurant!” he gushes.

With Bell, Holsapple and his friends dropped in on the sessions for what would become Chilton’s Like Flies on Sherbert. Holsapple recalls being taken aside by producer Richard Roseborough, who told him, “This record is either going to change the face of pop music as we know it, or fail miserably.” 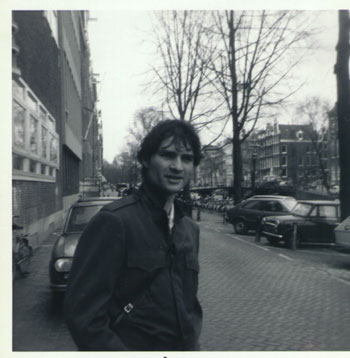 It wasn’t long after that trip that Holsapple went to Memphis a second time – alone on this trip – to seek his musical fortunes. “I thought, ‘Well, maybe if I go back there, a little of that Memphis goodness will rub off on me,’” he says. He secured what he describes as “a shitty job printing t-shirts,” noting that his time in West Tennessee was “three months of intense heat and humidity.”

Holsapple did some recording with Roseborough, and he recalls with a laugh what Chilton had to say about those tapes. “I heard what you’re doing with Richard, and it really sucks,” he said. But Chilton offered to come by the studio and “show [Holsapple] how it’s done.” Those recordings circulate on bootlegs.

One day while hanging out at the public library – which was air conditioned – Holsapple read a piece in the Village Voice. “Chris Stamey and the dB’s are playing at Max’s. Oh, he’s playing at CBGB! Gosh, that’s great!” Serendipitously, within the next day or two, he got a phone call from Will Rigby: “Do you want to come up and audition to play keyboards?” He didn’t hesitate.

The morning after attending a Tom Petty show with Walter Egan opening up (“Tickets were 98 cents,” he notes) Holsapple was on a plane. “Hungover, barf all over my shirt, I flew to Winston-Salem, somehow got on another plane, and went to New York,” he recalls. “Will found me, took me in, and cleaned me up. I went to audition, and I think I passed.” The dB’s were now a foursome.

The original idea was for Holsapple to play keys with the dB’s playing Stamey’s songs. “But it became evident fairly quickly that I was coming with a bank of songs,” Holsapple says. His and Chris’s songs were different, but they fit together nicely in a set. Cautioning that it’s a slight generalization, Holder observes that “Peter writes from the heart, and Chris writes from the mind.” There was at least some thought of Mitch Easter joining, too, but his plans to establish a studio didn’t amount to much in a city already filled with top-notch recording facilities, so he soon returned to Winston-Salem. 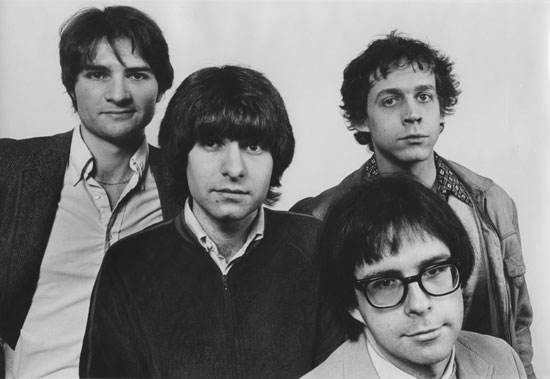 Meanwhile, the new four-man dB’s worked up a full set and started to play gigs around New York City. “We had our first gig at Irving Plaza on Halloween 1978,” Holsapple recalls, noting that the bill also featured The Fleshtones, The Zantees, a group called The Cyclones, and U.S. Ape. “There were these five bands,” he says. “And we were terrible.”

Chastened by the experience, Holsapple, Stamey, Rigby and Holder re-committed themselves to refining their sound. “We rehearsed at New York Rocker magazine on 5th Avenue, among the stacks of back issues,” Holsapple says. Some of those practices were recorded on a TEAC 2340, and selections from those tapes are featured on the new archival release I Thought You Wanted to Know.

Even with the addition of Holsapple, initially The dB’s still felt like a group led by Stamey, says Rigby. “The more we worked Peter’s songs into the set, it just became clear that he was an equal force in the band.” He notes that while Stamey continued to be the “make the phone calls, make things happen” member of the band, the dynamic shifted over the course of 1979 and ‘80. “Peter’s own songs were too strong to keep him long confined to that organ chair, as was his superb guitar playing,” says Stamey.