The dB’s in Black and White (Part One) 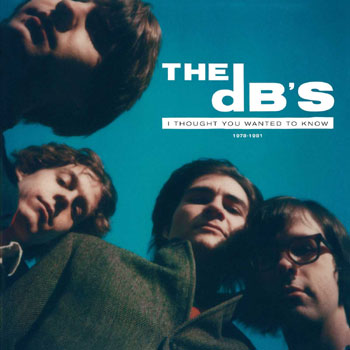 Four musicians from North Carolina came together in the 1970s as The dB’s. Perennial critics’ darlings, the group never hit the big time on the level of their friends, kindred spirits and fellow southerners R.E.M. But The dB’s influenced a generation of indie rockers who would follow in their wake, and they left behind an impressive (if modestly-sized) body of work. A new compilation of previously unheard early recordings, I Thought You Wanted to Know was released in October. On the occasion of its release, the four members – Peter Holsapple, Chris Stamey, Will Rigby and Gene Holder – look back on the group’s history.

In his 2017 memoir A Spy in the House of Loud, Stamey likens his musical journey to New York City to ones made previously by fellow North Carolinians Thelonious Monk, John Coltrane, Max Roach and Nina Simone. “Whether we stayed for only a short time or never left,” he writes, “we pilgrims in those heady, uncharted days were forever changed.” And though all four core members of the band known as the dB’s come from with city of Winston-Salem in the Tar Heel State, to a man they correct anyone who comments upon their Southern roots. “We’re a New York band,” they’ll insist.

Chris Stamey was the first to arrive in the Big Apple, in May 1975. But he wasn’t a complete stranger to the city; he had visited New York nearly every summer with best friend and fellow musician Mitch Easter. But on this trip he was alone and broke. Selling his brand-new Fender Telecaster to an instrument dealer back home, he collected enough to money to survive – just. Following a recommendation he read in Rock Scene magazine, he went to see a band play at a local dive bar. 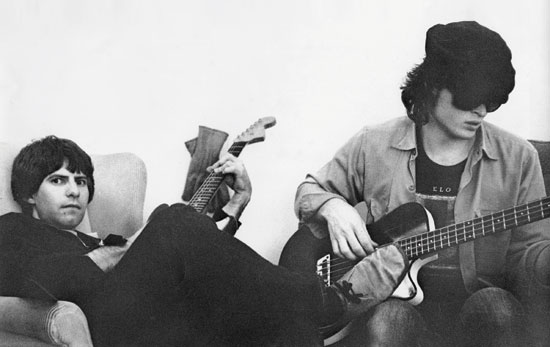 The band was Television; the venue was CBGB. Stamey was one of only a handful of people in the bar; he recognized two others as Patti Smith and Blue Öyster Cult keyboardist Allen Lanier. But of greater importance was the music. Stamey’s classical training meant that in the playing and songs of Television guitarists Tom Verlaine and Richard Lloyd he heard the influence of – or at least a kind of kinship with – Claude Debussy, Tchaikovsky and Ravel.

He was hooked. He stayed for the band’s second set, and returned the following night to see and hear them again. “The impact of that weekend changed my concept of what a rock band could be,” he writes. “and it also gradually changed my songwriting and guitar playing in general.” 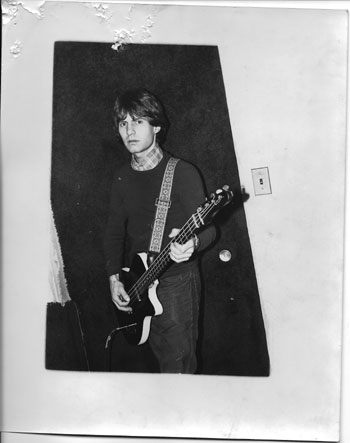 Stamey had already long since begun to take music far more seriously than the average teenage instrumentalist. With Easter, he had begun to explore the world of audio recording as early as 1965 when the two were still ten-year-olds. By his high school years, he was fully entranced by the thriving musical scene in Winston-Salem. Though then home to only 100,000 people, the North Carolina city built with tobacco fortunes was home to a vibrant rock and blues community. “The Winston-Salem rock scene was really small,” says drummer Will Rigby. “Everybody knew everybody, and a lot of us played in more than one band.”

The kings of the scene were a psychedelic combo called Captain Speed and the Fungi Electric Mothers. Easter, a musician whose skill belied his tender years, led a band called The Loyal Opposition; it soon morphed into to the more psychedelically-inclined Imperturbable Teutonic Griffin. Will Rigby laughs when these obscure bands are mentioned. “None of it would matter if [the people involved] hadn’t gone on to make records,” he says.” By 1968 Stamey had joined a group called Soup; that featured another guitarist a year younger than him, Peter Holsapple. Like many teenage bands, it didn’t get far. “There was perhaps one gig,” Stamey says, “at the coffeehouse at Knollwood Baptist Church.”

But the fuse had been lit. By 1971 Stamey had organized a jam session featuring himself, Easter, Holsapple, local blues legend Sam Moss and future Tom Petty and the Heartbreakers keyboardist Benmont Tench. Soon thereafter, Stamey, Easter and Holsapple started another group, Rittenhouse Square. It didn’t last long, either; Stamey was more interested in diving deeper into multi-track recording, while Holsapple wanted to play live more than anything else.

Stamey recorded extensively with Easter and the latter’s then-girlfriend Faye Hunter, but those activities ended when Stamey made that trip which culminated in seeing Television at CBGB’s. He returned home soon thereafter, launching another band, Sneakers. The drummer of that band was Will Rigby. Inspired by New York City-based Ork Records (the label that put out Television’s 1975 debut single “Little Johnny Jewel”), the band self-released a six-song self-titled EP in 1976. Mitch Easter wasn’t an official group member at the time of the sessions, but he’s on the recordings.

One of Stamey’s songs for the EP, “Condition Red” featured a lyric lifted from an inner-groove etching found on an obscure Memphis, Tennessee band’s second album. That band was Big Star. Sneakers’ proto-indie rock showed them to be kindred spirits with groups like Big Star and Television, even if their music was different. Stamey was restlessly ambitious, and by 1977 he had dispensed with visiting New York City, deciding instead to relocate there. 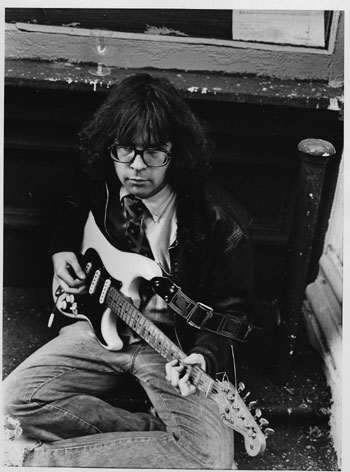 Stamey connected with indie label owner Terry Ork, who asked Stamey to put together a rhythm section to back Alex Chilton. The former Box Tops and Big Star guitarist/singer was planning to move to New York City as well, and he needed a band. On his arrival, Stamey says that Chilton – who was still reeling from the demise of Big Star and the end of a romantic relationship – was “invigorated by a new start in the big town.” Stamey takes issue with characterizations of Chilton in that period that describe it as a “lost weekend” of sorts. “I recall things differently,” he says, noting that they shared an optimism about the future. “We thought we were about to take the world by storm.”

But by mid ‘78, Chilton had returned to Memphis, beginning work on the wonderfully shambolic Like Flies on Sherbert LP. Still in New York City, Stamey launched a new group, The dB’s. The trio featured Stamey on guitar and vocals plus drummer Rigby and Gene Holder on bass. “The original concept was not necessarily to be a permanent band,” says Rigby. “Chris hired Gene and me to come and do some shows with him, but it quickly became clear that it was going to take some time to build up a following.” Within a month, the three decided to make the dB’s an actual band.