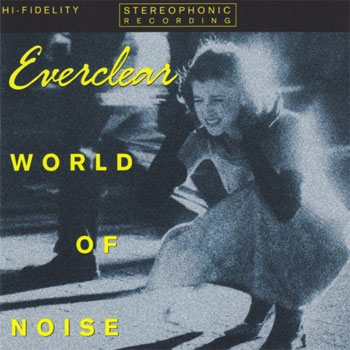 Portland, Oregon based rockers Everclear broke through to the big time in 1995 with “Santa Monica,” a hit track off their major-label debut album, Sparkle and Fade. But nearly two years earlier, they crafted a raw, rough and ready musical document, the independently released World of Noise. Self-produced by the band led by singer and guitarist Art Alexakis, World of Noise fit into the prevailing musical trends without getting overwhelmed by them. As the band embarks upon a 30th Anniversary tour, Everclear’s first musical statement gets a long-overdue reissue.

Recorded live in a no-frills studio and made with the tiniest of shoestring budgets, World of Noise wasn’t originally intended to be an album. Alexakis says that in late 1992 when he put together the band that would become Everclear, he was a 30-year-old with a brand new baby at home. Drawing on welfare benefits to support himself, his girlfriend and baby, he needed the band to succeed. “This was going to be my last band,” he says.

After a series of false starts, Alexakis found a pair of like-minded Portland musicians. With bassist Craig Montoya and drummer Scott Cuthbert, Everclear got busy. “We played all year, wrote songs,” Alexakis recalls. “But I didn’t know if this was the band or not.” He explains that the only way he could know for sure was to hear what they sounded like on tape.

One day while digging a ditch for a friend’s garden (and for $200), Alexakis took notice of the activity at a nearby house. “I looked over the fence, and there were all these hipster dudes goin’ in and out of the basement,” he says with a chuckle. “I thought, ‘That’s a full-on drug deal!’” Alexakis felt he knew a drug deal when he saw one; after years of drugging, he was three years clean and sober.

But as he soon discovered, he was wrong. The owner of the house in question saw Alexakis watching, and came over to speak to him, asking, “Hey, aren’t you in that band – Ever-something – that I’ve seen at Belmont’s Tavern?” Alexakis said yes, and the guy responded, “You should check out my recording studio in my basement.” 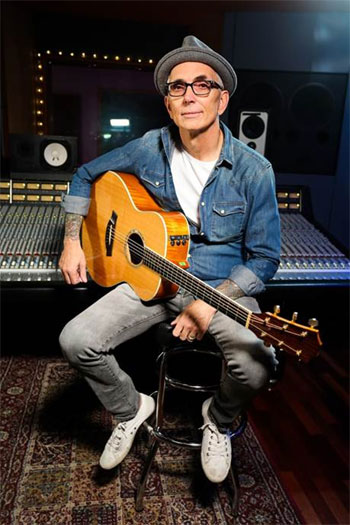 Alexakis realized that even the studio’s rock-bottom rate of $10 an hour was too steep. So he offered some outboard effects pedals in trade. The studio owner valued the gear at $400. “Hey,” Alexakis said, “That’s 40 hours of recording. We’ve got 12 songs!” Everclear spent the next two weeks recording and mixing what they envisioned as a demo tape.

The songs were furious and compact bursts of stripped-down rock ’n’ roll; only one of the dozen tunes lasts past the three-minute mark. “We were hungry and pissed off” Alexakis recalls with a laugh. The band’s anger came through in the music on songs like “Sick and Tired,” “Malevolent” and “Loser Makes Good.” Listening to the album today, some three decades after its creation, Alexakis hears the passion etched into the recording tape. “There’s a lot of energy, a lot of need,” he says.

Throughout the sessions, Alexakis’ Fender Super Twin amp “shot blue fire” and emitted squealing feedback; he had to cool down the amp with ice packs. “In retrospect,” he laughs heartily, “that was a really stupid idea!”

But the demo tape got made. While playing an out-of-town gig, Alexakis got word from his girlfriend: “You’ve got to get home,” she told him. “There are 100 messages on our machine; everybody wants to get you gigs.” Within a year and after a bidding war among labels, Everclear was signed to Capitol. The rest, as they say, is history.

Capitol would reissue World of Noise in 1994, but it eventually went out of print. As a result of Alexakis’ canny business sense, ownership of the album stayed with him, so the album didn’t find its way into the world of streaming. But now Alexakis has scheduled a reissue, one sourced from the quarter-inch masters and featuring improved sound. On June 10 – just in time to coincide with Everclear’s 30th anniversary tour – World of Noise will make its digital debut, with a vinyl release to follow.

“Most bands got signed for their hit,” Alexakis says. “We didn’t; we got signed by because [Capitol senior VP] Perry Watts-Russell loved my voice and thought I wrote really good songs.” It was that raw World of Noise tape that helped get the band noticed. “It’s still raw,” Alexakis emphasizes. “It’s just bigger-sounding now.”