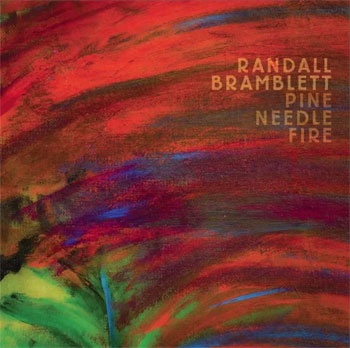 The music business has a built-in tendency to categorize artists: they’re a rocker, a country act, a jazz cat, a rapper or something else. And in those relatively rare instances when an artist ventures even slightly outside of his or her appointed lane, they earn the crossover-artist tag. Yet there do exist a few extra-special musicians who – consciously or otherwise – defy labeling. Their music draws from any number of rich traditions, but trying to label it as this or that fails to get to the heart of things.

Randall Bramblett is just such an artist. Born in tiny Jesup, Georgia some 40 miles southwest of Savannah, he got his professional start in music as a session player. Early on, he added his soulful keyboard and saxophone work to recordings by blues guitarist Elvin Bishop, Southern rock legend Gregg Allman and pop star B.J. Thomas, to name but a few. And as a songwriter, his work was recorded by several popular acts including Atlanta Rhythm Section.

But even when Bramblett launched a solo career, it was tough pinning his style down to one genre. Elements of soul, rhythm and blues and jazz have always been evident in his work; about the most definitive comment that can be made about his body of work is that it’s uniquely American. As a founding member of Sea Level and a valued musical associate of Widespread Panic, Bettye Lavette and many others, Bramblett has always taken an approach that serves the songs.

That character is on brilliant display on his latest release, 2020’s Pine Needle Fire. Thanks to the pandemic hitting the “pause” button on live shows, he’s only just now taking to the road in support of his 12th solo album. Production of the record was well underway when the world sort of stopped spinning in 2020. Bramblett laughs and shrugs, saying that he went to his label and told them, “Let’s just do it. Let’s get it done, and we’ll put it out there even though we can’t go on the road until who-knows-when.”

With a good bit of the basic recording already completed, Bramblett and his musicians came to the studio one at a time to finish the record. But the result doesn’t have a piecemeal character; it’s a cohesive record. But what kind of a record?

Pine Needle Fire rocks, but it’s not exactly a rock album. It’s soulful, but it’s not really soul music. Bramblett sings and writes songs, but his music is too lively – and the instrumentation’s too engaging – to fit into the singer-songwriter genre. Bramblett himself offers little help in pigeonholing his music. “In the ‘80s and ‘90s I was definitely more into Americana and roots music than I am now,” he offers. “But I haven’t changed that much, really.” 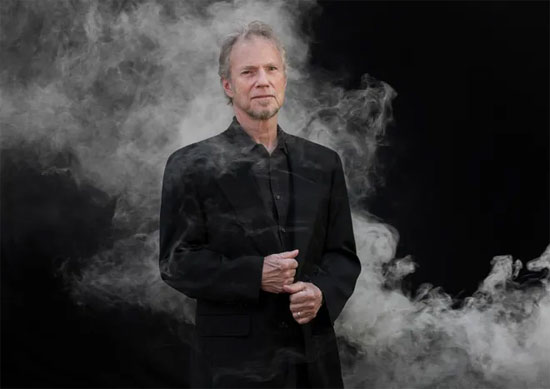 Bramblett names Elvis and Little Richard as artists whose work influenced him early on, but he gives as much credit to the inspiration he got seeing and hearing James Brown, Otis Redding and other greats. And when it comes to lyrics, he says he comes from the school of “Dylan and the Beatles, where the lyrics could be more poetic rather than constrained to [just] love songs.”

And even though he’s in his sixth decade as a musician, Bramblett is no stuck-in-the-past relic. He has long employed looping technology in his songwriting process, and counts himself as a fan of current-day artists like Kendrick Lamar. “He just opens my mind again to what people can do with lyrics and music,” Bramblett says.

Each Randall Bramblett record has its own character. As its title suggests, 2015’s Devil Music is a thematically dark record. Juke Joint at the Edge of the World (2017) is even more musically adventurous, and displays the wide-screen nature of Bramblett’s musical vision. Pine Needle Fire puts a bit more focus on his always-intriguing lyrical work.

Bramblett is at the point in his career where he can follow his muse. “I don’t have anything to lose, really,” he says with a good-natured laugh. “I can do whatever I want to. I’m not going to sell that many records!” There’s a freedom that comes from being a highly regarded, universally respected musician whose albums don’t storm the record charts. “I don’t have any of that, ‘I just had a hit record, so I’ve got to do something similar [on the next one],’” he says, laughing again. “I’m lucky that way.”

You may also enjoy my 2013 interview with Randall Bramblett.