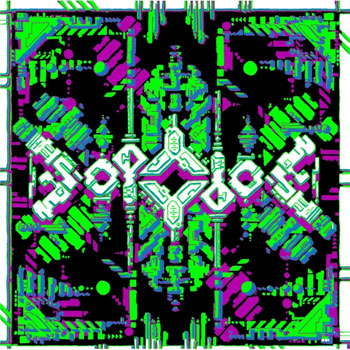 Interactivity is what you make it. And for their latest album, Dopapod has devised a way for listeners to immerse themselves even more deeply into the band’s unique world. The vinyl pressing of the Boston group’s self-titled (and seventh) studio album features a board game. “Building a Time Machine” uses the gatefold’s inner sleeve as its board, includes a sheet with directions ,and requires players to provide only game pieces (“meeples”) and a pair of dice. Clearly a great deal of though and care went into the development of the game; the detailed instructions are as well thought-out as they are playfully mischievous.

But at their core, the members of Dopapod are musicians, not game designers. And it’s the music that will really draw listeners in. While the group has often been tarred with the “jam band” tag, the 11 tracks on Dopapod are models of structure. There’s no aimless wankage in these tracks; they’re carefully designed, developed and executed tunes. Leaning heavily on the instrumental side, nine of the tracks do have lyrics. But they’re not the primary focus; instead, the twists and turns of the music deliver plenty of grooves for the jam-oriented listeners, but dig into melody and sonic landscapes in a way that will appeal to the more prog-minded.

Listeners who want their music to fit neatly into genre categories may find Dopapod frustrating. The four musicians are gleefully unconstrained by genre, and the music on Dopapod touches on jazz, funk, rock, prog and who-knows-what else. Before shifting into a space-rock vibe, “Fannie” displays a bit of Americana flavor. But while Dopapod’s bluegrass character has been remarked upon in the past, it’s not prominent here. Instead, the music is an appealing balance of more electric-centered styles.

Economical songwriting is on display as well. Only one of the album’s cuts breaks the six-minute mark. The tunes are long enough to develop and expand upon musical (and lyrical) ideas, yet short enough to make their points and move on. Dopapod is an inviting entry point into the group’s body of work. And if friends are around, you can play a game, too.